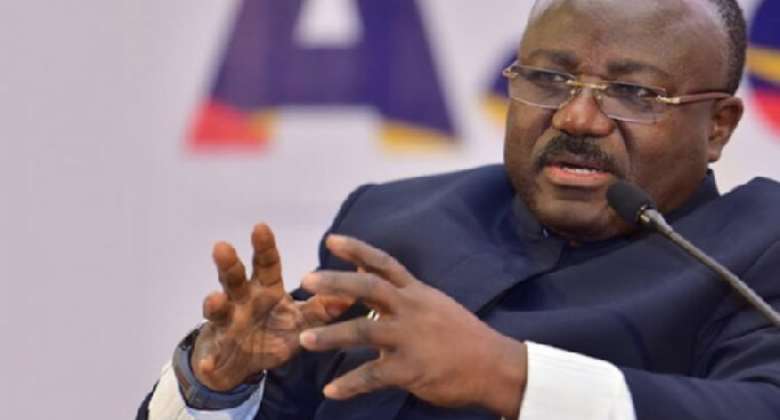 Information available indicates that dismissed Public Procurement Authority (PPA) boss Adjenim Boateng Adjei has allegedly dipped his hand into his bank accounts which were all frozen.

He has allegedly withdrawn funds from the said accounts against a court order not to release cash from the account to him.

Speaking on the midday news on Wednesday, the 2012 GJA ‘Journalist of the year’ explained that the accounts which were frozen during the investigation by the then Special Prosecutor, Martin Amidu, were, for a period upon which it needed the court’s justification.

“When Martin Amidu froze the accounts, it was for a period, and he had to go back to the court to justify why the accounts remain frozen. In the process, he resigned and left, and it took some time for his successor to take office,” he said.

Mr Awuni noted that during the period when the new Special Prosecutor, Kissi Agyabeng, had to take over, the dismissed PPA boss went through his lawyers to get a court to lift the freezing order and withdraw all monies from his frozen accounts.

According to him, the dismissed PPA boss currently has no pesewas in those accounts, which were frozen and contained about ¢41.5 million.

“In the intervening period, we are told A.B. Adjei went through his lawyers and got the court to lift his frozen order; after that, even before Kissi Agyabeng took office, he took everything from all the funds that were deposited in his account.

“If you look at the statement Martin Amidu released on the work he had done with the Auditor General, his accounts had huge deposits totalling about ¢41.5 million within the two and half years he was in office. The information we are getting is that not a pesewa is left in those accounts,” he added