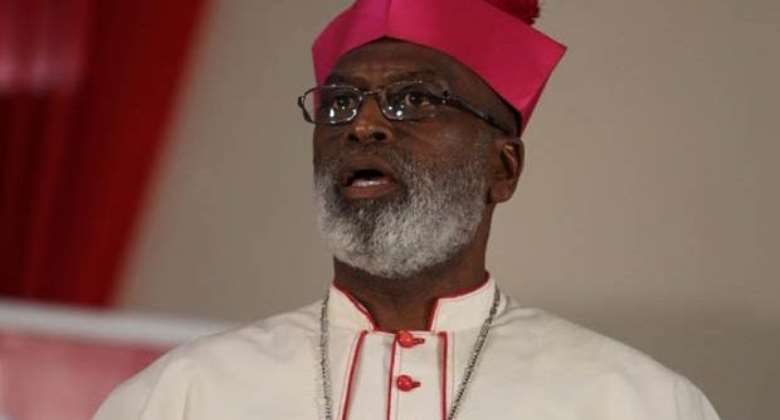 Most Reverend Charles Palmer-Buckle has added his voice to calls for government to take immediate steps to review the free senior high school policy through stakeholder engagement.

According to the Archbishop for Cape Coast, the free SHS policy has come to offer relief to parents, but it is important for the government to reconsider reviewing it in order to remove all bottlenecks.

The policy which commenced in 2017, has received many reactions from some major stakeholders including members of the opposition National Democratic Congress (NDC) who have issues with its implementation.

Currently, the policy remains the government's major expenditure drainer, leading to teething issues such as lack of food supply to schools and irregular timetables.

Speaking at the launch of a book titled, “Accra ACA, Bleoo, The History of the Accra Academy from James Town to Bubuashie”, Rev. Palmer-Buckle explained that the free SHS policy can be streamlined to enhance better education.

“I support 100% the free SHS policy. [But] It is now time to have a stakeholder engagement to review the free SHS,” he stressed.

According to Archbishop Palmer-Buckle, parents have forgotten that they should be paying for their children’s school fees.

“They have divulged that to government and are blaming government,” he said.

Addressing the gathering as the keynote speaker for the book launch at the GNAT Hall in Accra, the Deputy Education Minister and Member of Parliament for the Assin South Constituency, Rev. Ntim Fordjour, noted that, the implementation of the free SHS policy requires collaboration from all stakeholders to overcome present challenges.

He added that global issues such as the Russia-Ukraine war have dealt a blow to many economies, and Ghana was no exception.

The voluminous 726-page book titled “Accra ACA, Bleoo, The History of the Accra Academy from James Town to Bubuashie” was written by Simon Ontoyin, a graduate of the University of Ghana and an alumnus of Accra Academy.

According to Ontoyin, he was inspired to write the book after his curiosity on the internet revealed very little information about the school.

He noted that, despite many challenges along the way, publishing a book that chronicles pre-colonial education to present day, was a fulfilling achievement.