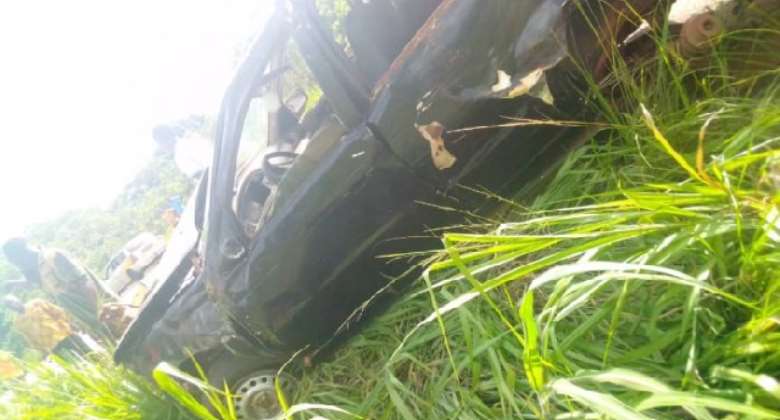 The Kintampo South National Democratic Congress (NDC) Deputy Secretary, Issah Sibawe has died in an accident on the Kintampo-Techiman road.

The incident happened three days after he tied the knot.

The incident occurred on Sunday afternoon, 8 May 2022.

Mr Sibawe and his new bride were travelling back home after visiting their families at Techiman when they were involved in the accident.

The pickup car they were travelling in somersaulted multiple times when one of the tyres busted.

Mr Sibawe died on the spot and has since been buried in accordance with Islamic traditions.

His wife on the other hand survived and is currently receiving treatment at the Techiman Holy Family Hospital.

Hottest Photo Reports
Catch up with all the political quotes from our politicians.
Advertise here
More from NDC News
ModernGhana Links
'Russia-Ukraine war, covid-19 pushed us to IMF but NDC went due to mismanagement' — Afenyo-Markin jabs Minority
'Mahama has finished his eight years, let's change him or else we will lose 2024 elections' — Yaw Boateng Gyan
Politics is all about positive impacts — Nii Armah Ashietey
TOP STORIES