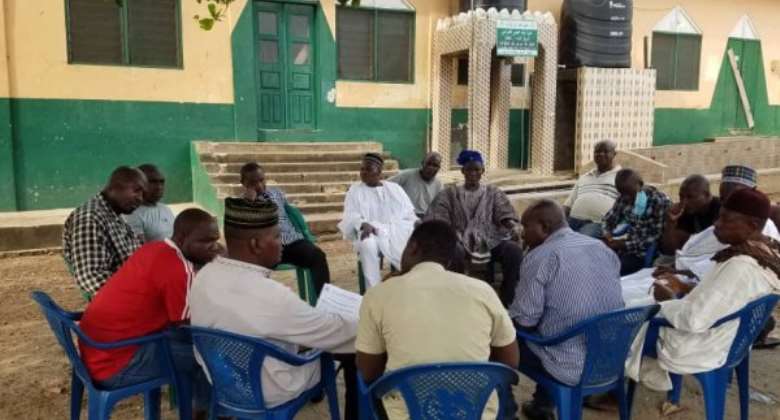 Togbe Afede XIV, Agbogbomefia of Asogli State, has called on feuding factions within the Ho Zongo community to adhere to the judgment of the National Chief Imam.

The community has been thrown into a leadership crisis, resulting in the lockdown of the Ho Central Mosque by the Municipal Security Council.

Togbe Afede, at a meeting with the two factions seeking political and spiritual leadership positions of the Zongo Community, said the decision of the chief Imam, which settled on one Alhaji Muniru as Regional Imam with Alhaji Alpha Anas, the acting Imam, as his deputy, should be upheld in the interest of peace.

He also called on them to maintain allegiance to the traditional leader known by the people and that the authority of the Chief Imam should be accorded the needed recognition.

“The National Chief Imam's decision should be accepted by all. So I will plead with you, that you have one Sariki Zongo and one Regional Imam. Help them to deliver their duties and lets develop Ho and let us all be happy.

“Who can arbitrate this matter aside the Chief Imam? Let us live in peace. All these disagreements don't secure development. A good leader seeks community development, the welfare of his people, and peace,” the Agbogbomefia stated.

Present at the meeting were various traditional leaders of the Zongo community, opinion and youth leaders, as well as executives and some members of the Islamic Council.

The Agbogbomefia was in the company of some chiefs of the Asogli State and Mr Divine Bosson, Ho Municipal Chief Executive.

Togbe Afede asked the factions to consider the leadership position beyond the title and focus on the concerns of the people.

“This is no time for war. What we should war must be against poverty and disease,” he said and called on youth of the Zongo Community to support leaders who seek “truth and development”.

Togbe Afede also condemned the controversy surrounding the Ho Central Mosque, which remained closed for the past one year and was the site of near bloody clashes.

The Agbogbomefia charged both sides to consider the toll on the religions culture of the entire community, saying the Asogli State would be forced to intervene if the agitations did not abate.

Meanwhile, the faction faithful to Alhaji Alpha Anas held a press conference moments after the meeting with the Agbogbomefia and alleged that the Asogli State had influenced the decision of the Chief Imam through their emissaries.