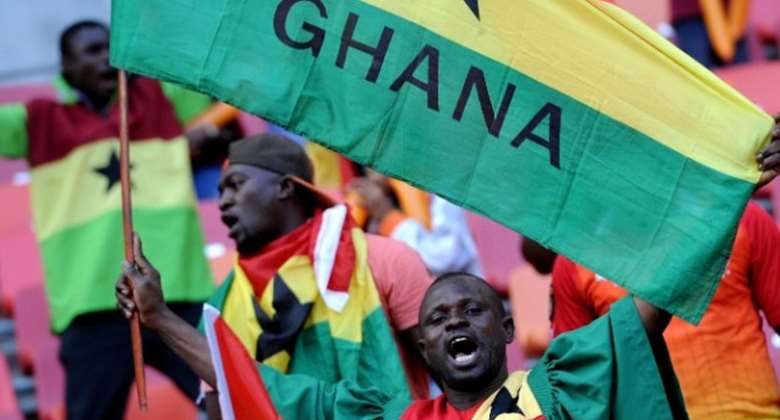 We Swim Or Sink Together, Nobody Should Deceive Himself Or Herself That He Or She Plus Family Will Escape The Consequences Of Our Intransigencies

FIRST, PLEASE PERMIT ALL MY DISCLAIMERS:

I am definitely not one of the nations’ or Minor Prophets nor clairvoyants nor soothsayers nor village fetish priests nor witch-doctors nor fortune-tellers to want to claim I can see into the future or to profess to foretell events; I am just a simple Ghanaian, very mindful of historical antecedents to appreciate and foresee the kind of paths that lie ahead of us post 2020 Elections with our HUNG PARLIAMENT.

What even makes the disclaimers quite necessary is the apparent presence of a certain ‘Sword of Damocles’ in plain sight over supposed ‘Prophets or Men of God’, who attempt to prophesize or foretell events related to our national politics and or the ‘almighty’ economy of our dear nation. I also do not possess the supernatural power of seeing objects or actions far removed in space or time from natural viewing or credited with a quick, intuitive knowledge of things and people as a clairvoyant; nor endowed with the capacity or practice or art of foretelling events or prediction as soothsayers.

Worse still, I am again not imbibed with the ability to predict the future like a fortune-teller; nor operate as a person who attempts to cure sicknesses and to exorcise evil spirits by the use of magic, which sometimes gives some insights into the spiritual world to know things that ordinary people have no idea of as a witch-doctor; or a local juju-man or fetish-priest regarded with awe as being the embodiment or habitation of a potent spirit or having magical potency to peek into the heavens and foretell what is to come.

I do not claim to be any of these.

I am, however, a student of history, Ghana History & Global Literature, and also interested in trying to appreciate the reasons why human beings keep repeating the MISTAKES of the past as if we are condemned not to learn any lessons from the past except to re-live and own same mistakes as our own.

For those who have had the opportunity to read (and or performed excerpts of JULIUS CAESAR), you might recall the famous phrase “The fault, dear Brutus, is not in our stars, But in ourselves, that we are underlings.” (Julius Caesar, Act 1, Scene III, L. 140-141).

In the play, the quote “the fault is not in our stars” is used to express the position that the actions of men are their own to choose, and are not the result of fate that is out of their control; and that the ‘fault’ lies in us, not the stars; and therefore blaming bad choices on fate is a coward’s justification for doing wrong. In short, it isn’t fate that dooms men, but instead their own failings. Cassius also meant that sometimes people take steps they imagine they could not as they should not allow their circumstances, limitations or problems to define them except to endeavour to rise above all and collectively, strive to hit the mark or reach the goal.

As a student of history, I have watched how we have allowed all-mighty PARTISAN POLITICS to divide us – amongst families, friends, colleagues, neighbours, mates, clansmen, townsmen, churchmen, schoolmates, married couples, college mates and complete strangers, to the extent that everything is now LIFE or DEATH: meaning there can be nothing that could possibly bind us together as GHANAIANS than that which divides us politically?

You see, the way we are handling matters arising out of the Hung Parliament is creating a precipice, akin to angry, furious, raging, tempestuous, wild clouds on the horizons of our nation, exciting to watch for those outside the Parliament House but let’s not forget that any volatile, furious or unpredictable winds could easily lead to torrential rains, never witnessed on our shores for the simple reason that we have all allowed our personal egos to take the better side of us, because of the colours of the political parties we support or belong to.

We need to engage groups threatening one strike after another as the consequences of these intransigencies hold dire straits for our faltering economy, even as attempts to arrest ‘the almighty dollar’ after its escape from custody holds new threats for our way of life, be it education, industry, agriculture, construction, commerce or trade.

Pretenders as most of us are, when we saw the fighting in the Parliament House over the E-LEVY passage, suddenly we saw all manner of people of different callings admonishing the Parliamentarians, when we had earlier refused to condemn the ‘chewing of ballots’ during the voting for the Speaker of Parliament a year earlier. We also kept our silences over the withdrawal of the Speaker’s military security details.

Worse still was the deafening silence on the deaths of youngsters during the 2020 General Elections because they weren’t our own children but of some ‘nonentities’, who can afford to weep un-end for their losses without anybody taking notice or demanding justice?

The way we are going about the whole matter of GOVERNANCE at all levels is most scary, especially as we are all pretending not to see anything wrong when things aren’t panning out well: please do not get me wrong, I define myself as ‘The Ghanaian’ because I refused to be partisan, but rather, a simple ‘nationalist’ – this is the CROSS I intend to bear for all my lifetime here on earth.

The days ahead of us, right to the 2024 General Elections will be most critical for us as a nation and as a people, especially as each and every one of us will be tested to the fullest as to our allegiances, loyalties, patriotism, nationalism, identities, and character, including what defines us as ‘Ghanaians’.

From where I sit, we are all only interested in our rights as Ghanaians than the responsibilities as individuals and together as a nation as we have lost it by miles than inches, becoming scavengers, who are only interested in ‘pecks of office’ and opportunities to utilize our turn in office to loot as much as possible for our descendants – children, children’s children, right down to the umpteenth generation: sincerely, is this what PUBLIC SERVICE has become? Where did we go wrong?

Even worse, is the emerging tribal angle or the re-positioning of some tribes as the ‘MASTER RACE’ – indeed? What was then the rationale for the fight for independence, if after only sixty-five (65) years, we will become like the ‘ANIMAL FARM’ syndrome: after taking over, we become like the very people who colonized us (two legs good, four legs bad).

Do we think we will never account to anybody for what we have become after we leave this earth?

If that is anybody’s thinking, then I will implore each and every one of us, desiring public office to re-think their motives because whether we like it or not, a ‘NEW GHANAIAN’ will definitely emerge from the ashes of all corruption, petty squabbling over things that do not inure to the public good, and abuse of power.

Our case is even more worrying as some of the ‘Men of God’ or Prophets and elder statesmen, who should speak truth to power, have opted to stay silent.

As a student of life and history, I would refer all of us to read MICAH 3:1-11, where the rulers and heads of all aspects of our national lives are being asked: “Is it not for you to know and administer justice? You who hate good and love evil, Who tear the skin off my people And their flesh from their bones; You who eat the flesh of my people, Strip off their skin from them, Break their bones And chop them in pieces as for the pot, Like meat in a kettle;” and particularly the verse 11 – “Her leaders pronounce judgement for a bribe, Her priests teach for a fee, And her prophets foretell for money; Yet they lean on the LORD, saying, “Is not the LORD among us? No tragedy or distress will come on us.”

For me, I am left in no doubt whatsoever that, WE NEED A ‘NEW GHANAIAN’ at this point in our Nation’s history, who will not go back to the old ways of doing business as usual, including who, “when they have something good to bite with their teeth, they call out, “Peace,” But against the one who gives them nothing to eat, They declare a holy war” – like ‘justice for sale’.

We need to begin a nationwide engagement to discuss and define the characteristics of the ‘NEW GHANAIAN’, who will be imbibed with new values, new work ethics, new principles and new habits to redeem us from the pit we find ourselves enslaved to and handcuffed within, knowing we cannot afford any time-wasting as we walk towards year, 2024, where our individual and collective votes ought to count one way or the other.

Need I say more? A Change Is Gonna Come, sooner than later…

By Magnus Naabe RexDanquah, the Ghanaian – is a Land Economist & Appraiser,