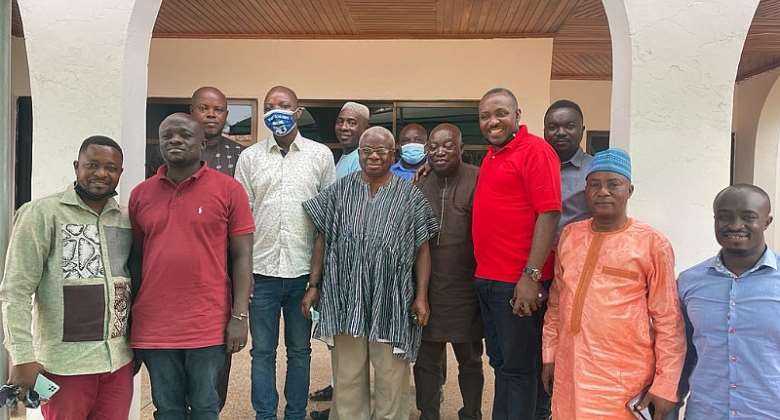 Mr. John Boadu also used the occasion to pay a visit to a former Regional Chairman of the then Brong Ahafo Region, Kwadwo Yeboah Fordjour at his residence.

The visits form part of a three-day working visit to the Bono and Bono East Regions by the General Secretary.

He also visited other party elders who have served the party in one way or the other and expressed the party’s gratitude to them for serving it diligently over the years.

In his engagements with them, the General Secretary recounted the ordeals they went through those days when the party was in opposition, and how their determination yielded fruits in the 2016 and 2020 elections.

He emphasized that the party still needs their advice and directions as it seeks to break the 8-year rule electoral cycle in the country's politics.