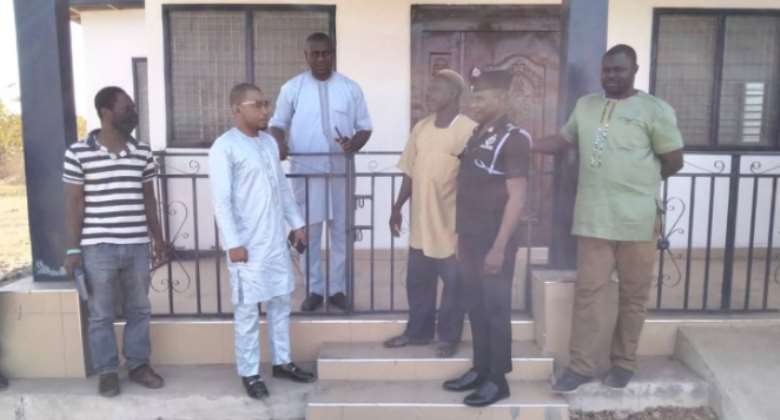 The District Chief Executive for North Gonja, Hon. Adam Eliasu, has handed over office spaces to three (3) institutions and one accommodation facility making a total of four to enhance administrative and social/physical development.

The handing over ceremony was done on Friday, January 14th, 2022 at Daboya in the North Gonja District of the Savannah Region.

Till now, the District Agric office used to perch in a temporal building but has been handed a permanent one to help deal with challenges facing the sector in the District. The North Gonja District like any other part of the Savannah Region is well endowed with rich arable lands, and so the major economic activities are farming, cattle rearing and trading.

Hon. Adam Eliasu also handed over a state of the art office space for the REP to facilitate the delivery of their mandate in the District. The rural enterprise agency, formally known as the National Board for Small Scale Enterprise is part of the Ghana Government's efforts to reduce poverty and improve living conditions in the rural areas.

A furnished two-bedroom accommodation and ancillary facilities were also handed over to the police service in the District to be used by the police commander. This brings to finality the formal upgrade of the Daboya police post to a District police station status.

It is expected that the projects will help push services in the District higher and better.