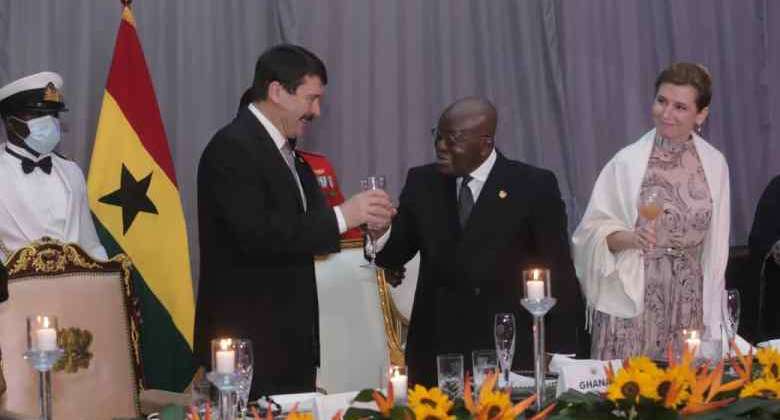 The President of the Republic, H.E Nana Addo Dankwa Akufo-Addo has said that his government will re-open a consulate in Hungary.

Ghana opened a resident diplomatic mission in Budapest in Hungary in 1962 but it was closed in 1966 after the overthrow of the first Republic.

At a makeshift banquet hall at the Jubilee House on Thursday, January 13, 2022, while hosting President of Hungary, Jànos Āder and first lady Anita Herczegh Ghana President Akufo-Addo indicated that the country will re-open its mission in the European country soon.

“Relations between Ghana and Hungary have been very cordial and continue to grow. Hungary established diplomatic relations with Ghana quite early in our independent life when she opened a resident mission in Accra in 1961.

“In the spirit of reciprocity, Ghana opened a resident diplomatic mission in Budapest in 1962 until 1966 when after the overthrow of the first Republic, the mission was closed.

“The republic of Hungary however maintained its mission in Accra until 1989 when it was closed. It reopened its embassy in 2017 during the first year of my presidency. I am hopeful that every soon, Ghana will also reopen her mission in Budapest,” H.E Nana Akufo-Addo said while giving a toast.

The Hungarian President, János Áder, and his wife, Anita Herczegh, are in Ghana as part of a state visit to Ghana.

The visit which is scheduled to last five days will see the Hungary President and his wife visiting the Newill Academy School in Koforidua, and the Kwame Nkrumah Mausoleum in Accra.