Is The Covid-19 Vaccine The "Mark Of The Beast"? 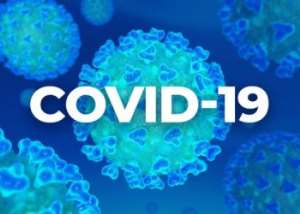 Some Christians are suspicious of the Covid-19 Vaccine and do not want to take it because they do not trust the medical experts, even though the same medical experts are the ones who authenticate the foods and other health products they use daily. It does not make any difference for some Christians, even if some of the great Christian scientists in the scientific community assure them that the Vaccine is safe. Dr. Francis Collins is a conservative Christian with impeccable medical credentials and the National Institute of Health Director. Dr. Collins offered this assurance, "As NIH Director, I have followed the development of these first vaccines closely, and I know they have been rigorously tested and found to be safe and effective. I encourage everyone to accept the vaccines when offered to you. It is our best chance to turn the tide on the pandemic." The question is: Why is it that many Christians are unwilling to take the COVID-19 vaccines despite the assurance from their conservative Christian medical experts?

Some Christians do not trust the Covid-19 Vaccine because they believe it is part of the end-time events portrayed in Revelation. They refuse to take the Covid-19 Vaccines because of the way they have been taught to read the book of Revelation. Those Christians who have been taught to read the book of Revelation as an End Time Prophetic book, instead of reading it as a First Century revelation to the seven churches in Asia Minor, see the Vaccine as the Mark of the Beast. The End Time Prophecy readers read the book as a Crystal ball to predict what particular institution or individual of our time represents the Beast mentioned in Revelation 13. No one person has influenced the End Time Prophecy prognostications as Hal Lindsey, an evangelical writer who published a blockbuster book called "The Late Great Planet Each," who predicted that the antichrist would come in the 1970s and the Rapture would take place in the 1980s. We are all witnesses to doomsday's predictions about the RFID chips, radio frequency identification technology, or the use of credit cards, microchips embedded underneath the livestock's, Y2K, and all the crazy predictions, none of which came to pass.

People have asked me whether there is a connection between the COVID-19 Vaccine and the Mark of the Beast in the book of Revelation 13:18. The book of Revelation has become one of the sources of the conspiracy theories because of the unique way it was written for its 1st-century hearers. The question is: what did John mean when he wrote his prophecy or letter to the 1st Century churches?

While the Bible was written for us, it was not written to us; therefore, the best way to interpret the Bible is to ask: how did the original people understand it? Did the seven churches that received the book of Revelation know anything about the COVID-19 Vaccine or not? Another way to interpret every part of the scriptures is to look at it with other Scriptures. No good Bible Scholar or theologian would think that COVID-19 has anything to do with the Mark of the Beast. The Mark of the Beast had nothing to do with the COVID-19 Vaccine. It is not even a physical or visible mark by any stretch of the imagination. Any experienced religious person can tell you that no one can force authentic worship on anyone by physical means. Real worship cannot be offered against the will of the worshiper. The Mark of the Beast had to do with the Beast's worship.

We have to understand that John wrote the book of Revelation under severe and vicious persecution. He was exiled as a result of anti-Christian persecution. So it was writing that would have been considered at that time as seditious material. So he had to adopt a style of writing that was familiar to his audience but concealed to ordinary people. He used apocalyptic literature.

Apocalyptic literature refers to the ancient Jewish and Christian documents that share common concerns, themes, and literary devices with the books of Daniel, Ezekiel, and other literary apocalypses. The book's most dominant theme is the Holy War between the city of God and the city of men. In other words, it is a battle between the kingdom of God and the kingdom of this world. The renowned New Testament scholar, Bruce Metzger, wrote, "It is important to recognize that the descriptions in Revelation are descriptions of symbols, not of the reality conveyed by those symbols."

John invites his audience to see the glorified Christ (Rev. 1:12-20) and the worship around the throne of God throughout the universe (Rev. 4:1-5, 5:14) as opposed to the emotional responses of awe and gratitude offered by the local representations of the imperial cult ceremony, presence, and propaganda to Rome and its emperors among the local people. He depicts the dragon as (Satan), the emperors, and the local courtiers as the beasts. The power of the dragon and the Beast (Rev. 12:12; 13:26, 5b) and the adulation they receive on this earth is a counterfeit of the heavenly enthronement of God and the lamb and the adoration they receive from the earth.

To make sure that his readers cannot mistake whom the Beast represents at this point, he says that the number six hundred sixty-six is in the first place a symbol of the most significant imperfection, for it the sacred number 7 less one, repeated three times. So, back to the Bible, in Revelation Chapter 13:18, it reads: "Let the one with understanding reckon the meaning of the number of the Beast, for it is the number of a man. His number is 666."

One of the most common methods of interpreting the number 666 is "Gematria." In ancient times, letters of the alphabet were often substituted for numerals. Thus, each letter stood for a number. What does the number 666 mean when you translate it into the Hebrew alphabet? Well, given the hatred of the Roman Empire at the time, and particularly its leader, Nero Caesar, who was considered to be especially evil, many historians have been looking for references of this in the Biblical text, which was not written in a vacuum and was very much a product of its time.

When you look at the original text, you will see that in this passage, the letters of 666 are actually written in Hebrew, which places a higher significance on the meaning of numbers in words and the meaning of words in numbers. The writer was trying to tell us something. Sure enough, if you translate the Hebrew spelling of 666, you spell out Neuron Kesar – the Hebrew spelling of Nero Caesar. Richard Bauckham, one of the foremost scholars in the book of Revelation, writes: "The solution to the riddle of 666, which has been most widely accepted since it was first suggested in 1831, is that 666 is the sum of the letters of Nero Caesar written in Hebrew characters." Bauckham is not alone in this assessment. Bruce M. Metzger, one of the world's best-known scholars on the text of the New Testament, as well as N.T. Wright, one of the leading Bible scholars, all agree that the number 666 referred to Emperor Nero.

John's Nero and the system he represented and embodied was but a counterfeit of the real thing: Jesus was the reality. Therefore, COVID-19 Vaccine has nothing to do with the Mark or number 666. While I cannot testify about the pharmacological wholesomeness of the Covid-19 Vaccine, I can tell you that there is nothing in the Holy Scriptures that dissuades us from taking the Vaccine.