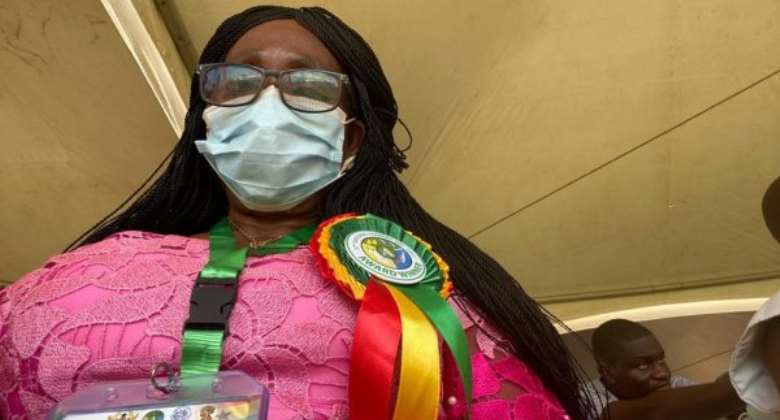 Mrs Helena Awurusa, the 2021 overall national best female farmer, has appealed to the Inspector General of Police to facilitate swift and expeditious investigations into a fire outbreak that swept her 20-acre plantation.

Fire destroyed Mrs Awuruna's 20-acre farm, running into millions of Ghana cedis at Lamfiako in the Banda District of the Bono Region on January 2, 2022.

Though the cause of the fire is unknown, Mrs Awurusa told the Ghana News Agency (GNA) she suspected foul play and appealed to the IGP Dr George Akuffo Dampare to intervene in the investigations.

“I have lost everything I invested in my pension,” she said.

Mrs Awurusa, who was the Banda District Best Farmer in 2020, said the fire caused extensive damages to coconuts, cashew and oil palm plantation.

She said the incident happened around 1453 hours and the police at Banda had since arrested and granted two suspects bail.

Mrs Awurusa, however, expressed discomfort about the way and manner the police in the area were handling the matter and appealed to the police administration to intervene in the investigations.

“I got information that my farm was on fire and I mobilized some guys, but on reaching the farm we realized the fire had assumed a dangerous dimension,” she said.

Mrs Awurusa said she had constructed more than 20 acres of fire belt around the farm, saying “it is extremely difficult to understand because the fire did not affect other farms and bushes around”.

“The two suspects arrested have earlier gone to load quantities of charcoal closely-parked around my farm and we gathered the fire started when they and the loading boys left the area.”

“In fact, I believed they deliberately set the farm on fire because the fire could not extend to any of the farms and bushes around. The police will be thorough about the investigations because the suspects have sinister motives,” she added.

When contacted on his mobile phone, one Rubin, a police officer investigating the outbreak, confirmed the story but declined further comments.

However, efforts to reach the commander on his mobile phone were unsuccessful as he failed to pick several calls.

Hottest Photo Reports
Catch up with all the political quotes from our politicians.
Advertise here
More from Agriculture
ModernGhana Links
Forest and farm producer organization reps trained on agroecological best practices
Agric sector stands out among all the sector; grew from 4.9% to 8.1% in 2021 – Dr. Owusu Afriyie Akoto
Central Region aiming to become rice hub in Ghana — Regional minister
TOP STORIES