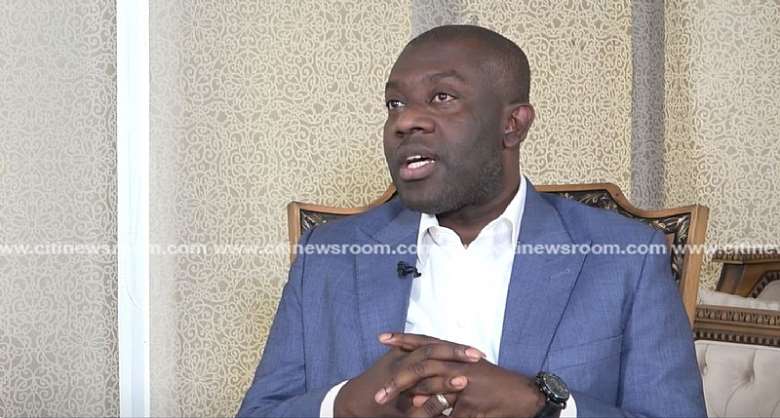 Information Minister, Kojo Oppong Nkrumah, says the Akufo-Addo government may sometimes be forced to make some 'unpalatable' decisions, in the interest of Ghanaians.

He bemoaned that the posture on what revenue mobilization measure is acceptable or not has become dependent on which side a politician is on.

He expects politicians, especially those in opposition parties, to 'stop the hypocrisy' and be truthful to the masses on how critical such decisions are to development.

The Ofoase-Ayirebi Member of Parliament, in an interview on Face to Face on Citi TV cited decisions bordering on revenue generation as one of such initiatives.

“The revenue question is bigger than whether or not we are making some money from road tolls. The challenge we have in this country is that, legitimately, Ghanaians are demanding things from the government. The government has only two ways of responding to those demands. You either borrow or raise revenue. We are at a point where our debt to GDP ratio is close to about 80%. It is not healthy for us to go further. We intend to raise some more revenue while plugging out the excess expenditure.”

“The revenue generation measures since I started politics have never been exciting for Ghanaians. We always find the political class being hypocritical while the government defends it. The moment power switches hands, postures change.”

“I think the political class should stop the hypocrisy because we all know that without confronting the revenue question, neither of us can fully develop the country to its full potential. We have got to stop the hypocrisy, confront the real issues and tell Ghanaians the truth,” he added.

He suggested that the opposition parties rather channel their energies into holding the government of the day accountable.

“What we must do is to ensure that when the revenues are raised, people are held accountable for it. I have heard people advise that we earmark the usage of revenue from E-Levy, label every road that is done, and publish such information on an annual basis. I think those are rather brilliant suggestions.”

Government intends to charge a 1.75% levy on electronic transactions such as mobile money, bank transfers, and inward remittances in 2022.

The government says portions of revenue collected from the levy will be used to support entrepreneurship, youth employment, cybersecurity, digital, and road infrastructure, among others.

Despite reasons given by the government for its implementation, it remains contentious, as Minority Members of Parliament (MP) have tried various means to have it thrown out.

The Minority maintains that the imposition of the levy will inflict more hardship on Ghanaians.