By Luca Bussotti - The Conversation
Article 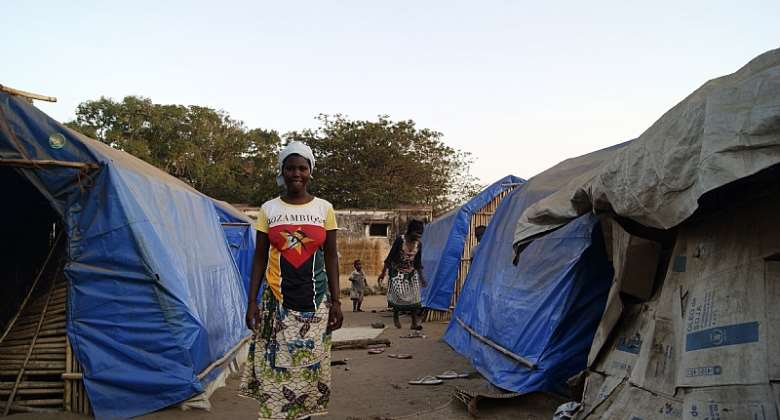 Mozambique gained independence from Portugal in 1975 following a bloody liberation war that lasted about 11 years. But independence did not mean the end of conflict. The dominant liberation movement, Liberation Front of Mozambique ( Frelimo ), got embroiled in civil conflicts with the smaller Mozambican National Resistance ( Renamo ) immediately after the political independence of the state .

This is not unique to Mozambique. Independence wars in Africa were in many instances followed by civil conflict. This was the case in Angola , South Sudan , the Democratic Republic of Conglo and Zimbabwe . In others, the quality of the peace implemented has been low.

Mozambique is not an exception, but presents some interesting peculiarities. Its process of pacification – after 16 years of civil war between the governing Frelimo and the Renamo rebel movement – has long been considered a good example of how to mediate in African conflicts. But, as the facts show, this is not the case.

Once the peace deal was signed, it was left to the two warring parties to bring about peace. In practice, the peace agreement was not able to bring about a climate for “ positive peace ”. The term, first used by Johan Galtung, a Norwegian sociologist, emphasises that peace is a multidimensional concept and practice, in addition to a simple absence of war. Social equity, sustainable development and trust among the people are all fundamental aspects which define a climate of positive peace. In Mozambique, the General Peace Agreement did not establish the conditions for avoiding new conflicts and wars.

Read more: What must happen for Mozambique to have lasting peace after accord

My research aimed to analyse these dynamics in Mozambique, whereby Frelimo and Renamo continued to regard each other as enemies, in a climate of mutual distrust, even after the peace deal.

My conclusion was that the General Peace Agreement failed to bring peace to Mozambique. Instead, it created a climate of negative peace in which the conditions that gave rise to old conflicts continued to fester. That's because international mediators were simply interested in getting the warring parties to quickly agree to end hostilities, instead of supporting deep peace-building processes that take longer but lead to a climate of positive peace .

The result was a mere formal adhesion to democracy by Frelimo that the international community hailed as an example of how to resolve conflicts in Africa. They ignored the problem of ethnic divisions which excluded a great part of Mozambican's population from economic and social development.

In 2013 the tensions between Frelimo and Renamo reached a critical level and war broke out again in the centre of the country . Hundreds of lives were lost and both sides committed human rights abuses.

Mozambique was effectively divided into two: as the war was concentrated in Sofala, the centre of the country, it was impossible to go from the south to the north of the country by land. The economic impact was dire . Since then, various declarations of cessation of hostilities, and two new peace agreements have been signed in 2014 and 2019 , but the war continues .

I used a qualitative approach for my study , based on a historical and political analysis of Mozambican public life, starting from 1992. I complemented my data with information from privileged witnesses from political parties and civil society organisations.

I explored whether the climate of negative peace originated by the General Peace Agreement in 1992 had a bearing on the new conflicts in Mozambique, starting with the first conflicts which erupted in 2013.

This conflict, like the first just after independence in 1975, have different features and origins, but a common element: exclusion.

I concluded that the electoral processes in Mozambique were not transparent nor fair. The control which Frelimo exerts on all the institutions, including the National Electoral Committee and the judiciary, together with the complacent silence of the international community, have allowed the flawed electoral processes to go on for too long.

The lack of transparency in electoral processes is a decisive factor in the failure of Mozambique's democracy. Renamo has no option but to armed conflict.

Besides the conflict with Renamo, another insurgency has been raging in the Cabo Delgado Province since 2017. The Islamist insurgency was not part of this study. But, research shows that it, too, has its in economic, social and ethnic exclusion.

My study shows that the Mozambique peace process has never been the success international actors have claimed. Its democracy remains weak and based on an ambiguity: Frelimo has to find a way to manage the country, regardless of what the elections results said.

Thus, elections simply became a mechanism to confirm the hegemony of Frelimo as an incumbent party. It cannot lose power in favour of Renamo, which international donors consider unreliable , given its history of being used by South Africa's apartheid regime to destabilise Mozambique. Such a situation contributed to fostering a climate of marginalisation and exclusion of large sections of Mozambican society, resulting in Renamo returning to war.

In other words, the 1992 peace agreement stopped the war, but it also contributed to creating a climate of “negative peace” in Mozambique.

This atmosphere unfolded in two ways: Frelimo continued to manage the country following non-transparent elections. Renamo was implicitly allowed to maintain its army, which has been used - especially from 2013 onward - as a weapon of political blackmail. This is against the peace agreement, in terms of which Renamo could keep only a small number of bodyguards to protect its leader, Alfonso Dhlakama.

Some examples illustrate this problem: In 1999, in the second general Mozambican elections, Frelimo faced the real risk of losing power. “ Administrative” measures were implemented to avoid this. Votes in some Renamo strongholds, such as Zambezia, were not counted. In the end, Joaquim Alberto Chissano, the Frelimo candidate, won 52% of the valid votes .

Renamo did not accept the results. But its attempt to get justice failed. The National Electoral Committee ignored its appeal. Thus, protests, especially in the north of the country, were organised by local leaders of this party.

In 2014 a similar situation occurred: not only Renamo did not recognise the results, but it claimed the right to manage the six provinces in which it had won . Nevertheless, the new president, Filipe Jacinto Nyusi, named only provincial governors belonging to Frelimo. It opened a new crisis which culminated with a new war .

A last finding of my research concerns the role of the international, especially western, community: it aimed to establish a “steady” country. Stability was identified with the government of Frelimo, not with the maturity of Mozambican institutions.

This research established a close relation between absence of peace, flawed electoral processes and mistrust between the two main political actors, Frelimo and Renamo. This has resulted in a negative peace which has excluded many parts of Mozambican society from public life and economic benefits.

My research has also shown that this negative peace did not permit the building of a strong civil society.

Peace processes in Mozambique have failed to create conditions that prevent the resumption of war. Hence the country remains in a state of war – in the centre of the country because of military activity by Renamo, and in the North, by radical Islamist insurgents , starting in 2017.

Luca Bussotti does not work for, consult, own shares in or receive funding from any company or organisation that would benefit from this article, and has disclosed no relevant affiliations beyond their academic appointment.