Bitcoin is unstoppable with prices likely to double over 12 months: deVere CEO 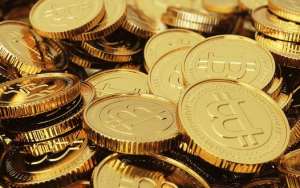 Bitcoin’s current price drop will be seen as a major buying opportunity amongst investors with the value likely “to double over the next 12 months”, predicts the boss of a global financial giant.

The prediction from Nigel Green, chief executive and founder of deVere Group, one of the world’s largest independent financial advisory, asset management and fintech organisations, comes as Bitcoin fell almost 8% on Friday after the discovery of a new Covid-19 variant called B.1.1.529.

The world’s largest cryptocurrency is now down 20% from an all-time high of nearly $69,000, which it hit earlier this month.

Mr Green says: “The discovery of a new Covid variant has rattled global stock markets as it brings in a new wave of uncertainty – which they hate.

“The crypto markets have mirrored the reaction of other financial markets. This underscores how mainstream digital assets have now become, as an increasing number of institutional investors have piled into Bitcoin this year.

“But for this reason, when they temporarily reduce exposure to most risk-on assets, despite the longer-term outlook, they also do the same with Bitcoin. In turn, due to Bitcoin’s mammoth market share, it weighs down the entire crypto sector.”

He continues: “However, I think this a knee-jerk reaction from the crypto market. It will move on from this relatively quickly as it did with the Delta variant in the summer.

“Why? Partly, because now we have more of a roadmap of how to deal with variants. But importantly because amongst retail investors it is increasingly regarded as a safe haven asset, similar to gold.”

Bitcoin is often referred to as ‘digital gold’ because like the precious metal it is a medium of exchange, a unit of account, non-sovereign, decentralised, scarce, and a store of value.

“In addition, investors will once again focus on the heightening global inflation fears caused by lingering supply-side issues,” says the deVere CEO.

“As such, amid some peaks and troughs along the way as markets never move in a straight line with traders taking profit, we can expect to see the price of Bitcoin and other major cryptocurrencies continue their upwards trajectory.”

Bitcoin is widely regarded as a shield against inflation mainly because of its limited supply, which is not influenced by its price.

“This ‘inflation shield’ will continue to bring to the crypto market growing investment from major institutional investors, bringing with them capital, expertise and reputational pull – and further driving up prices.”

Mr Green goes to on say: “This dip in cryptocurrencies – which are, of course, the inevitable future of money, will be used by savvy investors as a major buying opportunity, topping up their portfolios with the current lower entry points.”

He concludes: “Bitcoin is unstoppable, and I fully expect to see prices double over the next 12 months.”