Aboabugyaman runs to Asantehene for cover over land litigation 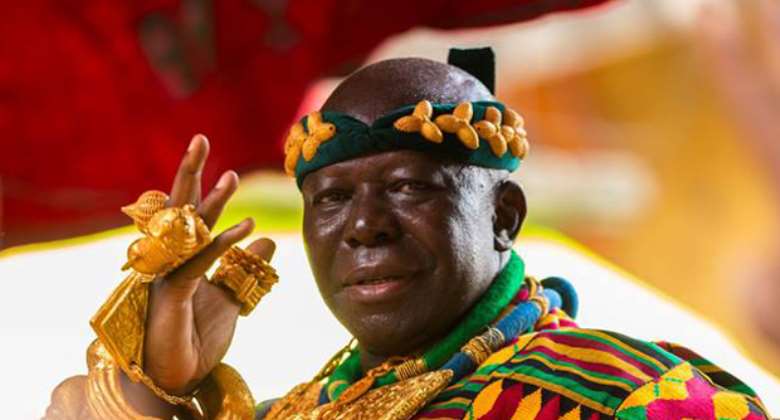 Youth of Aboabugya community in the Afigya Kwabre South District in the Ashanti Region are calling on Asantehene Otumfour Osei II to immediately intervene in a land dispute currently ongoing in the area.

According to the youth group, they have known no peace for some time now due to the foregoing character.

Speaking at a press conference at Aboabugya, the group indicated that the two royals of the town, thus the queen mother (Oheneyere Brago Domfe II, Aboabogya Oheneyere) and the chief ( Nana Wiafe Amoah II) do not give them peace as a result of land disputes that have ensued between them.

The youth group led by Boakye Richmond noted at the press conference that the people of Aboabugye had been quiet and tension brewing waiting to escalate in no time.

He noted that there's the possibility of bloody clashes if authorities do not act fast to address the issue.

According to him, as proud Asantes, they would rather use the right way to build consensus for the betterment of Aboabogya and Asanteman.

He revealed that the youth of Aboabugya got hold of a document from the office of Oheneba Owusu Afriyie IV (Otumfuo Apagyahene-Kumasi), Liaison Officer which was written to Superintendent/Kodie/District, Ghana Police Service, Kodie District with reference number, 5/Vol.144/417 on 6th April, 2021.

The said letter was in response to the Police letter of enquires (Ref. KOD.7/VOL.1/47 dated 12-03-2021) seeking to know who the rightful caretaker of Aboabogya stool land was.

Oheneba Owusu Afriyie IV (Otumfuo Apagyahene-Kumasi), Liaison clearly stated in the letter that “We wish to inform you that His Majesty Otumfuo Osei Tutu II, Asantehene had ruled that the rightful caretaker-Chief of the Aboabogya Stool lands is Oheneyere Brago Domfe II, Aboabogya Oheneyere, and not Nana Wiafe Amoah II and the public announcement letter was dated 13th August 2020”.

This, the group leader, Boakye Richmond stated, "Nana from the above, are our background checks and as we speak, there is also another letter that contradicts the earlier letter stated above from the office of Oheneba Owusu Afriyie IV (Otumfuo Apagyahene-Kumasi), Liaison Officer dated 19th July, 2021 with reference number 5/VOL.144/527 that “.…the land situated and lying at Aboabogya in Kumasi is under the caretakership of NANA WIAFE AKENTEN AMOAH II, ABOABOGYAHENE.”

According to Boakye Richmond, the above statement was pasted at Aboabogya township and the announcement was made on Hello FM as the rightful caretaker-Chief of the Aboabogya Stool lands.