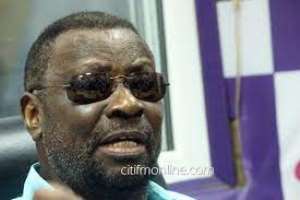 I hate being forced to watch advertisements while enjoying music on www.youtube.com so when an advertisement interrupted a session of mine recently, I was quick to stop it by remote control.

But something made me click on the ad, and am I glad I did so? For it was an ad of the video “GREEDY MAN” recently released by the performer who calls himself “Stonebwoy”.

STONEBWOY? Why do modern performers choose such monikers that might put off generations other than their own? I haven't met “Stonebwoy” yet, but when I do, that will be the first question I shall ask him. Don't they know that by copying people like “Snoopy Dogg Dog”, and adopting bizarre nomenclatures, they are hiding their message from people who might accept it, if they were not unnecessarily put off it by irrelevant considerations like what the performers choose to call themselves?

Well, I am glad I for one was not put off, because Stonebwoy has amazed me to the roots of my hair. GREEDY MAN is beautifully shot; the images move from one idea to the other, seamlessly conveying the message: “IT'S CRAZY TO ALLOW GREEDY GALAMSEY MEN TO RUIN OUR RIVERS AND LANDS FOR UNBORN GENERATIONS OF GHANAIANS.”

In less than four minutes, Stonebwoy is able to depict the harm done by mercury to humans; to show us how humans and cattle find it difficult to quench their thirst when polluted, muddy puddles pass for water when they need it; and what the slick and fashionable Ghanaians and Chinese galamseyers look like, their mode of transport and their weapon of seduction – local and foreign currency in brown envelopes.

I have been warning the Chinese Government (as one of the first Ghanaians ever to visit China and therefore a friend of China since 1958 repeat 1958) that if it does not take steps to stop the Chinese engaging in galamsey in Ghana with the collaboration of stupid, greedy Ghanaians, the friendship between our two peoples will be irretrievably lost.

Sadly, I have not been listened to. The Chinese embassy in Ghana has, instead, resorted to legalisms over the issue; i.e. they say that because it's Ghanaians who take Chinese nationals to where the gold is, the Chinese Government cannot do anything about it. I have reminded them that the Chinese people are not unaware of the harmful activities of unpatriotic elements (like those in the Kuomintang) who collaborated with foreign imperialists to try and wreck the Chinese people's revolution. Well, Chinese diplomats will cringe when they see how the Chinese flag is portrayed in this video. My prophecy has come true in my lifetime!

Stonebwoy and the director of the video, Sekyere, would be well advised, to reissue the video anew, but with sub-titles – instead of reproducing the lyrics elsewhere – for I am afraid the diction of Stonebwoy, with its fake Rasta accent, is largely incomprehensible. Of course, the pictures do tell the story, but why not make it more punchy by allowing the words to make their impact as well?

Meanwhile, I have nothing but the warmest congratulations to send to Stonebwoy.

On the same Youtube channel,I came across a video presentation devoted to the life and death of Ghana's greatest-ever national goalkeeper, Robert Mensah. Produced, directed and narrated by an energetic bloke called Saddick Adams, this video, brought out in commemoration of the 50thanniversary of Robert Mensah's death, is the most complete retelling of the tragic life-story of Robert Mensah that I have ever come across.

The main story-teller is the greatest goal-scorer of our time, Reverend Osei Kofi. As witty and lively as ever, Osei, who played with Robert Mensah in both the Black Stars and Kumase Asante Kotoko, gives us an unforgettable account of Robert's life. Osei Kofi presents a real-life, eyewitness description of Robert as a vivacious creature: his greatness and his foibles; the mystery surrounding his genius as a goal-keeper; and his eccentric lifestyle that, no doubt, contributed to his fatal and tragic stabbing by Melfah at Tema on 2 November 1971.

Saddick Adams also manages to run down Robert Mensah's daughter, who takes us to the weedy site of Robert's grave (now occupied by a palm tree!) As usual, Ghanaians turned out in their hundreds of thousands to mourn Robert at his funeral. But as soon as the funeral ended, Robert's family, including his six children, were largely forgotten about. The only person who never forgot about Robert was Dr K Gyasi, the musician, who devoted an album to Robert, very nice songs from which are reproduced in the video.

Saddick Adams is a wonderful story-teller, for he also runs down one of Robert's oldest friends, who. Although weepy, is only too ready to say as much about Robert as he can recall. Saddick also takes us to meet the mother of Robert's murderer, taking with him, Robert's daughter! He enables the two women to meet each other without enmity. Their interaction is beautiful to watch, united, as they are, by a common, unpredictable tragedy.

Another unexpected interviewee is the owner of the bar in Tema, where the altercation between Robert is thought to have taken place. She has a completely new angle from which to tell us about the incident.

It is instructive to observe that although by his looks, Saddick Adams may never have seen Robert Mensah alive or in action, the words of those who saw and adored Robert have moved him so much that he has devoted a lot of time and effort to researching and bringing out this exhaustive video, which is about two hours long. I recommend it to the Ghana Journalists Association for an award in the video category, for if I can truly read the signs of greatness in his art, Saddick Adams will be so modest that he would never think of entering it himself for an award by the GJA. Or anybody else for that matter.

Saddick Adams' film can be seen at: