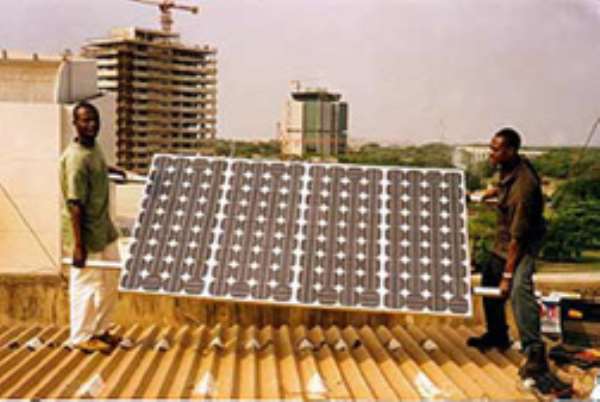 Two news bulletins that recently reached readers at ghanaweb deserve critical study. Both relate to the petroleum sector. In the first, Mr. Kwamena Bartels, the Private Sector Development Minister's called on the nation to accept, share and pay the ¢3.4 trillion debt of the Tema Oil Refinery (TOR) bequeathed to the government by the immediate past government. In the other, it was announced that the prices of petroleum products had been increased by up to about 100 percent, to both offset world market price hikes and also to pay the debts accumulated by TOR. The total figure of TOR's debt has seen several revisions lately, but for the purpose of this discussion it appears the latest figure of 4 trillion cedis (US$485.6 million), given by the Energy Minister in the statement announcing the fuel price increases could be considered final. The threat posed by the risk of collapse of the Ghana Commercial Bank - and even the country's economy! - as made in Hon. Bartels' call may sound exaggerated, but a debt of that magnitude is hardly dismissible. In the short run all we have managed to accumulate with the myopic policy of subsidization is such a huge, senseless debt. But in the long run, we would be even far worse off with subsidies, since in addition to pure accounting losses, we would have to face the economic costs of repairing the environmental damage fossil fuels cause. However, yours sincerely sees another aspect in which both the call and the colossal debt (resulting mainly from price subsidy policy) need close examination. With an energy crisis currently looming (per reports from credible sources), national economic policymakers have to pay attention to the challenge of closing the gap between word and action as far as the drive to achieve two goals is concerned: diversifying the country's energy resources base under competitive market conditions and also pursuing utilization of locally available, environment-friendly, renewable sources of energy. Global best practice studies teach us that countries that have successfully promoted the use of renewable energy technologies such as wind, solar, biomass, biogas, etc. have done so with well-crafted-and-implemented renewable energy policies, legislative acts, economic incentive packages, etc. in place. This observation holds for both developed and developing countries, e.g. Germany, India and Nepal. In Germany, at the beginning of the year the price of gasoline was increased by about 3 Eurocents per liter; but less than three weeks thereafter, the Federal Minister for the Environment announced an increase in funding for market penetration of renewable energies from 190 (previous year) to 230 million Euros. In addition, increased spending for a project aiming at helping wind energy achieve the same cost of generating 1 Kwh of electricity as fossil fuels by 2012 has been announced. Responsible policy, consequent implementation! Although the press statement announcing Ghana's price adjustments mentioned a couple of expected positive results, including curbing smuggling through decreasing the price differences with bordering nations, the announcement was silent on the need to promote use of renewable energy technologies or measures for the efficient utilization of fuel energies. This should not surprise anyone, given the current government's demonstrated commitment to building an economy dependent on exploring and later exploiting any existing petroleum resources. The ambitious quest for more local oil cannot be criticized, given the drive by The US and non-oil producing industrialized nations to secure future supplies from new, non-OPEC, non-terrorism-funding (read Gulf of Guinea) sources. But the real issue is whether Ghana takes environmental protection, and in particular the need to combat climate change seriously. The evidence in support of global warming (and its causes and consequences) continues to mount. So in the light of the looming energy crisis and the nation's demonstrated renewable energy potential, how long must we wait for the government to come out with a renewable energy policy?