The next NPP presidential candidate must be truly democratic, not a pretender – Nyaho Nyaho Tamakloe 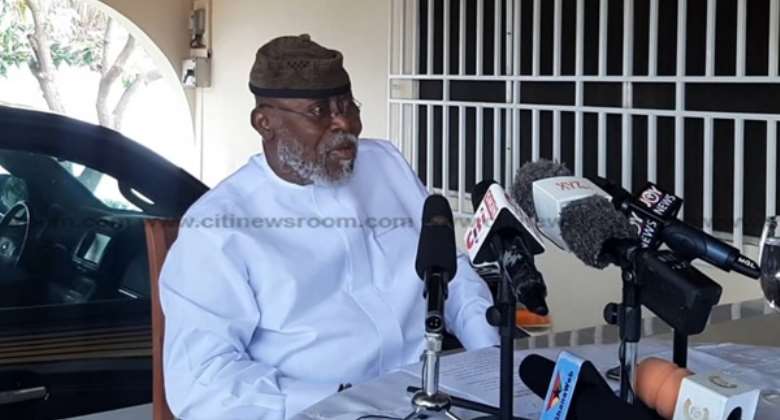 A founding member of the governing New Patriotic Party (NPP), Dr. Nyaho Nyaho Tamakloe, has said the next presidential candidate of the party must be truly democratic and not a con person who pretends.

Though the NPP is yet to announce a date for its presidential primaries, some bigwigs including the Vice President, Dr. Mahamadu Bawumia, Trade Minister Alan Kyeremanteng, and Agric Minister Dr. Akoto Afriyie are reported to have shown interest.

However, the party through its General Secretary has cautioned all aspirants to desist from campaigning as the party hasn’t opened nominations.

But Dr. Tamakloe, who is dissatisfied with the governing party's handling of the MMDCE elections, says whoever emerges as the next leader must be one who can take the party back to its founding principles.

“Amongst the names that have been mentioned, I’ve not seen any of them, but I know them physically. However, I can assure you that this party will go back to its roots because it was formed through the sweat of individuals who have unfortunately passed on.”

“People suffered for the formation of this party. People died indeed, and I believe strongly that whoever is going to take over this party in the next elections must be a person who is democratic in and out, not a pretender.”

He alleged the use of NPP's vigilante groups and the prevention of some assembly members from voting as the basis of his accusations.

“The experience of violence where the Presiding Member of the Assembly was assaulted, and the Achiase District, was not exempted from this bloody act. An assembly member of this district was also assaulted during the confirmation of the DCE nominee for that District.”

“Ghana as a country cannot continue like this under this NPP government led by Nana Akufo-Addo. This indicates how unpopular and disappointing the people of this country are against the undemocratic moves of this government. Many of these actions happened in areas where the old nominees were reappointed for the second term.”