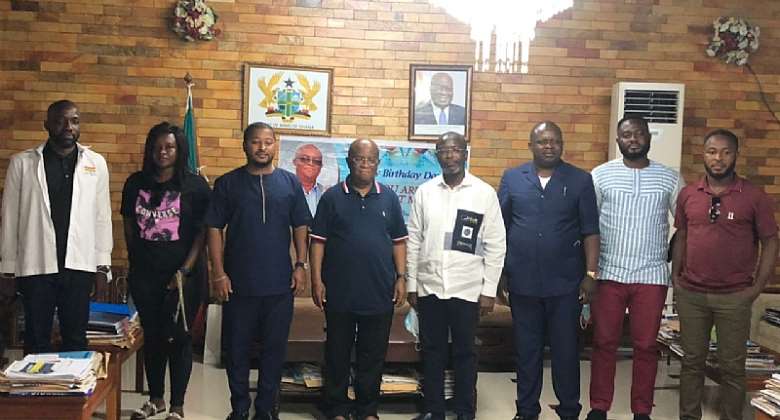 The Angolan Ambassador to Ghana, H.E Joao Domingos Quiosa has given a thumbs up to Volta Region for its serene environment and says he is impressed with the investment opportunities in the region.

During a courtesy call on the Volta Regional Minister, as part of his fact-finding tour to the area to explore and familiarize himself with the investment, tourism, and all the potentials that the region has, in order to promote interregional trade, dialogue, and cultural integration among Africans, H.E Domingos Quiosa said the “sceneries in the Volta Region are amazing”.

He added that he is “very impressed with the business and investment potentials the Volta Region has, especially in tourism, and needs to be fully tapped”.

The Ambassador also noted that, trade among African countries must be promoted to enhance the economic growth of the African continent.

“We have to promote inter-African trade, and the African Free Zone is essentially that. Why are we spending so much money abroad when we can harness what we have here in Africa?”

“It is sad to have known England before Ghana and the Volta Region. It's terrible and that's why the White man is ahead of us because we spend our good earned money there. I am very much happy with what I have seen here in the region, the region is clean and very beautiful”.

Welcoming the Ambassador and his entourage to the region, Volta Regional Minister, Dr. Archibald Yao Letsa said, “his office is ready to work with the Angolan Government to bring investment into the region to increase the number of tourists coming to the region and also promote trade between Angola and the Volta Region”.

Chairman of the Association of Ghana Industries for the Volta, Eastern and Oti Regions, Dela Gadzanku, also appealed to the Government through the Volta Regional Minister, to as a matter of urgency fix bad roads leading to tourist sites in the region.

He says, “the bad roads leading to the tourist destinations will be inimical to the number of tourists visiting the region, as they may be compelled to find an alternative”.