deVere to position $2bn in environmental investments in 5 years 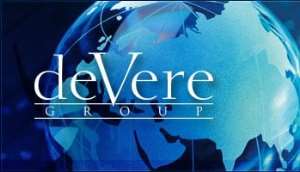 One of the world’s largest independent financial advisory, asset management and fintech organisations has doubled its commitment on positioning assets under advisement into environmental, social and governance (ESG) investments.

At the beginning of the year, deVere Group, which operates in more than 100 countries globally, said it would aim to have $1bn in socially responsible investment vehicles within five years.

The game-changing financial powerhouse now says its target is “$2bn or more” within the same time frame.

deVere’s dramatic doubling of its pledge comes as world leaders, industry chiefs and experts head to Glasgow this weekend for the start of COP26, an event seen as a critical turning point in the struggle to avert the worst effects of climate change.

CEO and founder of deVere, Nigel Green, says: “Climate change – and the major, far-reaching fallout of it for economies and communities around the world - is the greatest risk multiplier. There’s no question that it is the defining issue of our time.

“Our climate is changing at a quicker rate than previously predicted. We’re already noticing the impacts of human-created global warming.”

He continues: “As a society, we have a small window of opportunity to slam on the brakes to save our planet.

“But this takes determination, honesty and resources. It requires unprecedented levels of investment, which is why deVere is now aiming to position $2bn into ESG investments within five years.”

The deVere CEO and founder says the new target is achievable as investors, keen to get ahead of the curve “as well as earn profits with purpose”, are receptive to the opportunities as the world scrabbles to mitigate the environmental, economic and social fallout of the current situation – “a situation which is likely to be a constant risk.”

In addition, the latest research “underscores that the majority of environmental, social and governance investments are continuing to outperform their non-sustainable counterparts and have lower volatility.”

As well as its $2bn commitment, deVere is one of 18 founding signatories of the UN-backed Net Zero initiative, the international alliance of powerhouse global finance companies that will help accelerate the transition to a net zero financial system.

Its membership means it is committed to “aligning all relevant products and services to achieve net zero greenhouse gases by 2050 and to set meaningful interim targets for 2025.”

The organisation has also confirmed that it “aims to significantly speed-up its own meeting of these Science Based Targets to reduce operational emissions in line with limiting global temperature rises to 1.5 degrees Centigrade.”

UK Prime Minister, Boris Johnson, has said: “Uniting the world’s banks and financial institutions behind the global transition to net zero is crucial to unlocking the finance we need to get there – from backing pioneering firms and new technologies to building resilient economies around the world.

Mr Green concludes: “The clock is ticking and after decades of inaction our planet hasn’t got the luxury of time.

“We all need to be taking more action and at a quicker pace.”