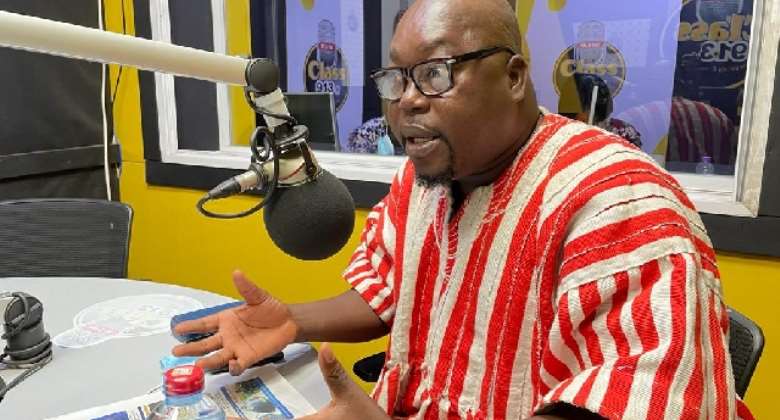 A former People's National Convention (PNC) flagbearer hopeful Asaki Samson Awingobit has waded into the internal wrangling in the opposition PNC with a call on the top hierarchy to withdraw the issue before the court and settle it amicably to prevent the party from collapsing.

The PNC has sued the party’s 2020 flag bearer Mr David Apesera and Moses Dani Baah, the party's chairman, at an Accra High Court over their alleged misappropriation of some GHS1.7 million belonging to the party's kitty.

The party is also praying the court to recover some GHS150,000 withdrawn from its SG-SSB account by Mr Apesera and Mr Dani Baah.

The party, in addition, wants interest on the GHS150,000 at the prevailing commercial rate from the date of the withdrawal to the date of final payment.

The PNC further wants a court order, restraining Mr Apesera and Dani Baah from holding themselves as leader and chairman of the party, respectively.

Reacting to these developments on the Class Monring Show (CMS) on Tuesday, 26 October 2021 on Class91.3FM, Mr Awingobit called on the leadership of the party to smoke the peace pipe and unite for a formidable party ahead of the 2024 polls.

He told show host Kofi Oppong Asamoah that “at this point in time, there has been some skirmishes in our party but some of us are calling for peace to prevail in the party.

“Everybody political party, every home, there are issues but how you manage the issues before, during, and after, is the most important thing that will show how mature you are.”

He noted that “I have called on the national chairman, I’ve called on the leader of our party, I’ve called on our general secretary madam Janet Nabla and all those who matter that they should go and withdraw all those court cases, police petitions, and let’s come back home and refine the party other than that by the time we’ll be done with these court issues, there won’t be a party called PNC and that will not be good for all of us. We should see the party to be supreme…”