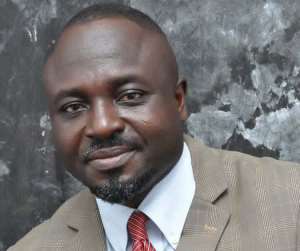 He said strategically that an effective leadership particularly in the Ashanti region is necessary because the 2024 election is crucial and should be seen as such by delegates.

Mr. Bawuah noted that choosing an unfit chairman for the party in the region would be suicidal and detrimental to the fortunes of the party as a whole.

The aspirant says a change in leadership in the region should be the priority of the party if it (Ashanti NPP) has to be relevant in the 2024 elections.

The former NPP USA founding member stressing the need for a change of leadership to make victory in 2024 a foregone conclusion said “It is either we change leadership in Ashanti or we forget 2024”.

He said the party needed a respectful, selfless and dutiful chairman who would be acceptable by all to consolidate the support base of the party.

“The chairman must be respectful and ready to serve and unite the members at all levels of the party structure”, the former NPP USA National Organiser noted adding the leader of the party should be ready to handle fellow party members with respect as well as relate well with the party hierarchy and government to bring about development to cherished voters.

Oheneba Kofi Adum Bawuah cautioned that ignorant leadership and apathy which nearly cost the party power in the 2020 elections not to repeat that mistake in 2024 elections. Oheneba Kofi Bawuah, who is the chief patron of Patriotic Ambassadors Movement, a research volunteer group under the Youth Wing of the NPP which ensures grassroot participation and involvement in party activities and research, noted that the current situation in the party calls for reforms in the leadership in the region to be able to work for the growth of the party in the region.

According to him, it is time the grassroot members of the party are rewarded through their respective roles.

He condemned the alleged proposed unopposed agenda being set by some quarters within the Region, a move he said, would certainly cause a lot of disaffection, disunity and apathy among delegates and general voters.

At this moment, Oheneba Kofi Adum Bawuah reiterated that NPP members in Ashanti region are crying for a unifier who can consolidate all the gains achieved by the party over years to break the 8.

This, he said, makes him ready to work hard assiduously with whomever the majority chooses to lead the party in 2024.

According to him, any activist who recommended the imposition of candidates and undemocratic means of representation at the various levels of party structure is a number one enemy of the party and must be condemned by all.

Mr. Bawuah has also cautioned party supporters against any factionalism to avoid conflicts and confrontations, adding that since the future of the party is the presidential candidate, care should be taken not to impose any candidate on the party to avoid mistrust.

The Ashanti NPP Regional chairman aspirant said he would work towards ensuring that the Ashanti region benefits from 35% of the national cake.

He stressed that infrastructure developments particularly the construction of interchange projects are long overdue in the region.

He has also assured to bring 5 percent of votes from the National Democratic Congress (NDC) to make up for the losses in the last elections.