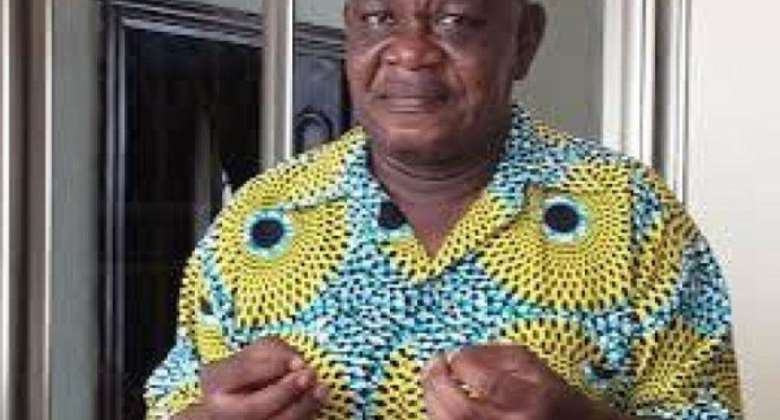 Mr Yaw Dabie Appiah Mensah, a leading member of the New Patriotic Party in the Bono Region has asked former President John Dramani Mahama to highlight his vision for the nation, instead of 'trying to make the government unpopular in the eyes of the people'.

He said the former President's ongoing thank you tour is full of lies and outrageous comments.

As the former President and 2020 Presidential Candidate of the opposition National Democratic Congress (NDC) embarked on a nationwide 'thank you tour', Mr Mensah indicated “Ghanaians expect the former president to concentrate on what an NDC government would do to build a better society for all”.

In an interview with the Ghana News Agency (GNA), Mr Mensah, a former Organiser of the New Patriotic Party (NPP) in the then Brong-Ahafo Region said Ghanaians were enlightened enough to interrogate successive governments to decipher “the good, the bad and the ugly”.

“I have been monitoring his nationwide thank you tour from afar and you could clearly see that former President Mahama and his NDC have nothing new to offer the nation because we expect him to outline his vision for the nation”, he said.

Mr Mensah emphasised President Nana Addo Dankwa Akufo-Addo's government had performed creditably well, and achieved a lot through the implementation of realistic social intervention programmes, saying “all indicators are clear for Ghanaians to see and to attest”.

“It's time we move away from politics of lies and outrageous comments, rather concentrate on building a better nation for all. If the NDC has any social intervention or poverty reduction strategies, then this is the time former President Mahama must highlight them.

"Other than that I don't think his thank you tour is necessary”, he said.

Mr Mensah stressed Ghanaians were behind President Akufo-Addo, and entreated the President to shun political and economic saboteurs, and concentrate on building a better Ghana for all.

“We now have a progressive government because everybody can see the nation's development process is on course, so we should not allow anything to draw us backwards because that will be suicidal”, he said.

Mr Mensah advised supporters of the NPP to guard against complacency and publicize the achievements of the government particularly at the grassroots levels to empower the voting population to make informed decisions when they go to ballot in Election 2024.