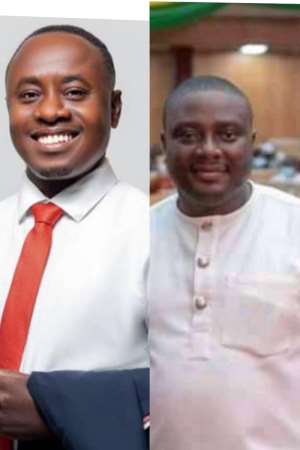 Mr Emmanuel Gemegah, the newly elected Municipal Chief Executive for Keta Municipal Assembly in the Volta region has promised to work in unity with Mr Dzudzorli Kwame Gakpe, the Member of Parliament for the area.

Mr Gemegah, who was engaged by the media for the first time after his election pledged to restrengthen the unity between him the MP for better achievement of the municipality.

"The unity and collaboration between the two of us devoid of our political affiliations will help move our municipality to a higher status," he mentioned.

According to him, all the rots that took place in the assembly will be investigated and all perpetrators will be brought to book.

He assured that issues of premix-oil for fisherfolk, bad roads among other numerous problems will be addressed one after the other.

Mr Gemegah got 23 YES votes (71%) against 9 NO votes on Thursday, October 7, 2021 qualified to take over from his predecessor Mr Edudzi Effa.

Mr Kwame Dzudzorli Gakpe, the lawmaker during the media engagement also pledged to work together with the new MCE for the best of the area.

He lamented how the area is gradually becoming a hotspot for criminal activities and promised better security to protect lives and properties.

"We are going to work as a team, brothers and co-workers to address all the problems of our area," he added.

He promised the area will see an end to all these happenings with the support of the new MCE.