Anloga: Seth Yormewu finally gets approval as DCE in second round 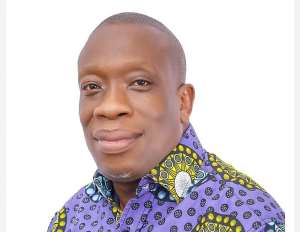 Mr Seth Yormewu, the President's nominee for the District Chief Executive (DCE) position for the second term in the Anloga District of the Volta region has finally been confirmed by the assembly members on Thursday, October 14, 2021.

He had 34 YES votes representing 84 percent against 7 NO votes.

Mr Yormewu on Thursday, October 7, was rejected by assembly members after he gathered 21 YES votes out of 41 votes cast representing 51.22%.

He failed to meet two-thirds of the required votes for the position.

The occasion was also characterized by the revocation of eleven government appointees which were later replaced by eleven others.

The results from the first election further gave him the opportunity to be renominated by the President for a second confirmation exercise.

He later admitted and apologized to the Assembly members for numerous mistakes and things that went wrong under his first term.

He pledged to work harmoniously and in unity with all members of the assembly for more developmental works for the district.

"I promise to work hand-in-hand with everyone and my doors are ever open for any good ideas for better Anlo land" he stated.

Mr Richard Kwame Sefe,the member of Parliament for Anloga constituency earlier advised the assembly members to do the needful by voting massively for the nominee since he is ever ready to work with him to develop the area.

Dr Archibald Yao Letsa,the Volta regional minister who was present at the occasion thanked the assembly members for having courage in the DCE and re-electing him to continue his works.

He expressed worry about how they rejected Mr Yormewu at the first voting and called for unity among the members for smoother and better development.

Present at the occation was chiefs, opinion leaders, heads of institutions and many others.

Latest Photo Reports
Catch up with all the political quotes from our politicians.
Advertise here
More Social News
ModernGhana Links
Anti-gay bill: Sexual orientation is not a fundamental human right – Sam George
Officer arrested for forcefully kissing the thighs of woman remanded
Police justify the use of force to arrest suspect at Mamprobi
A/R: Evangelist commits suicide at Ebonmu
25 Ghanaians in Germany to be deported on November 30
Prioritise TVET in your job creation strategies to address high unemployment – Duffuor to gov’t
It’s time to rebuild, let’s all help — Asabee wades into 2022 budget 'dogs fight'
Continuously engage residents of border communities for efficient management of borders — CDD-Ghana to security
'To my utter surprise I’ve not presented any bill on legal education to Parliament' – AG
TOP STORIES