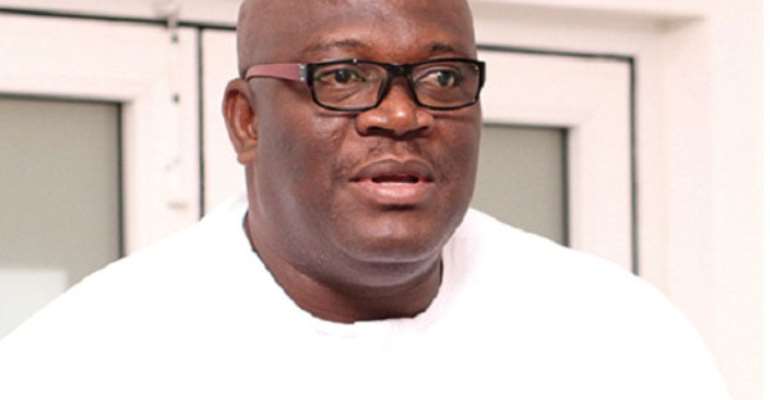 The Greater Accra Regional Minister, Henry Quartey has proposed the suspension of recalcitrant members of the ruling New Patriotic Party (NPP) whose actions impact negatively on the party’s electoral fortunes.

According to him, there was the need to instill discipline at all levels to help protect the integrity and consolidate the gains of the party.

He made this proposal while delivering a message during the party’s Greater Accra Regional Delegates’ Conference which is currently ongoing at the Teachers’ Hall in Accra.

The Regional Minister in his remarks lamented the abuse of social media by some members of the party who use it to among others, verbally abuse leaders and elders of the party.

“Social media has become a platform for us to insult leaders of the party. We wash our dirty linen on social media and when people are cautioned, they will tell you, ‘the party belongs to all of us.’

“There must be discipline in the party. If people misbehave, suspend them”, he suggested.

He also charged party supporters to be mindful of their utterances, especially on social media as they would have a far-reaching impact on the party.

“Mind your language! We’re already in power and therefore any inaction or misbehaviour of ours, will hurt our chances of retaining that power come 2024.”

Mr. Quartey, who also doubles as the Member of Parliament (MP) for the Ayawaso Central constituency, admonished party supporters to be united while eschewing all forms of vices such as backbiting, gossiping and treachery in order not to repeat the 2020 incident where the party lost seven parliamentary seats in the Greater Accra Region alone.

“We sit here and say ‘break the 8’ and you’re holding a meeting among yourselves to bring someone down. My duty when I was elected as Greater Accra Regional Minister was to ensure that I unite the party from the grassroots. Now are speculations that I’m becoming too powerful in the region. I am only trying to work with all of us to ensure that the party is strong at the base”, he intimated.

He asked all and sundry to let go of the past and unite to collectively break the 8, saying, “we shall continue to do our work and God will continue to be with us.”