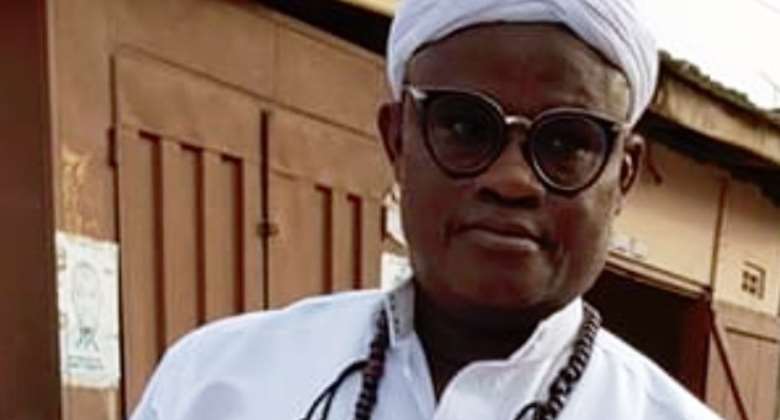 A group of group New Patriotic Party (NPP) sympathisers in Kumasi of the Ashanti Region calling itself Concerned Grassroot Members of Zongo have cautioned the National Executive Members of the party to stay focused.

They asking the decision making body of the party not to allow tribal politics influence the selection of candidates for the flagbearership race in the party.

"As concerned Zongo NPP sympathizers, all that we would require from the party executives is transparency and fair play when the time is up to choose a flagbearer to lead the NPP towards the incoming general elections," the group stated.

Speaking to the Modernghana News correspondent in Kumasi in an interview, the leader of the group Alhaji Issah Azuz aka Soldierman hinted that signals picked within the NPP reveal that some party elements are planning to use tribal politics to impose an Akan/Akyim candidate to become the presidential candidate to lead the party in the 2024 general elections.

According to him, former President John Dramani Mahama in his recent thank you tour to Cape Coast alleged that the NPP will disappoint Vice President Dr Alhaji Bawumia when he contests the flagbearership race.

The former President, Alhaji Issah Azuz said, indicated that the NPP is noted for its culture of using the Northerners to achieve its purpose after which the party would dump them.

Alhaji Issah, a successful transport owner and renowned politician in Kumasi noted that though the former President was just up for propaganda, internal rumors in the NPP suggest that Mahama's claim might be true.

"I cannot predict Vice President's chances in the impending flagbearership race in the NPP if he contests.

"But we are after transparency and ready to rally behind any candidate to lead the party in the next election, adding, this can happen when it becomes obvious to us that the voting process was made without tribal influence.

"As a political party, the wrongful notion been created by some people that the NPP is an Akans party is no more in existence," he stated.