The Ugly Happenings At The S. D. Dombo University That You Must Know And Act Upon 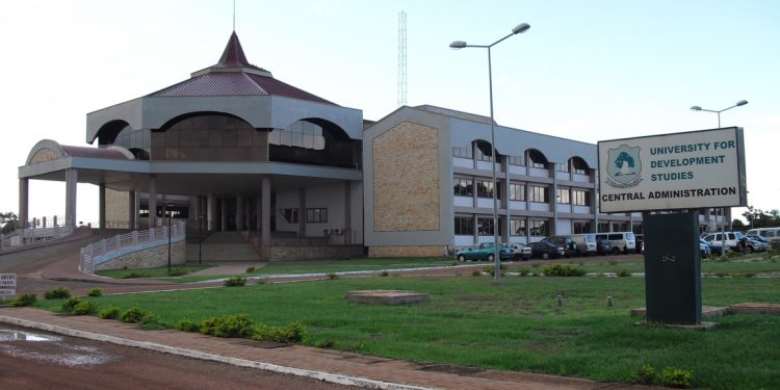 Fundamentally, writing becomes virtually needless if it does not highlight the many wrongs of society and seek to address same. In many instances, writers especially activists would inter-alia crave the indulgence of the reading public to things that might hitherto be hidden from many. Perhaps, writing, to advocate, to advocate is a call to duty of other stakeholders in act with varying strengths and perspectives, in having a problem solved. For sometime now, many of us focus our lenses and pens only on the politician, allowing civil and public servants to have their way by orchestrating many acts for their personal aggrandizement. Unfortunately, when such acts are brought to the limelight, the blames are shifted on the politician and the cycle continues. It is my plea that, on issues that are of public interest, we discuss them as such.

This piece shall basically ask some critical questions on some recent development in our cherished SD Dombo University. The University is one of the greatest assets of the region and the country and our actions must be geared towards its development. Development is participatory and as stakeholders, we must be interested in the development of the University, whose autonomy, we fought for so many years.

I must thank His Excellency President Nana Akufo Addo and his government for granting autonomy to the University in 2018 giving birth to the Simon Diedong (SD) Dombo University of Business and Integrated Development Studies. For me, this is the biggest achievement of government in the Upper West Region.

Indeed, it is one of the biggest interventions that can, in diverse ways, bring development to the people. We are sure, all things being equal, jobs are being created directly and indirectly for the people, propelling the growth of the local economy. What the people of the Region still desire is to see massive infrastructural development at the University, and good management of same. It would also be a plus, to have many other courses especially evening programs, ran by the University. I personally cannot wait to read law at this University.

However, for any University like ours to meet its development expectations, its governing council must not only understand the needs and roles of the University but it must also be innovative in several respects. Indeed, when the Venerable Prof Dakorah was appointed the Council chairman, many of us were excited not because he comes from the Upper West Region but because he is also a renowned educationist whose contribution to academia is evident globally.

His leadership did not disappoint at all because many steps were being taken to place the institution at a higher pedestal. For instance, I am aware of the University's moves to run courses like Law.

The University under his leadership also entered into a memorandum of understanding with reputable foreign institutions that would have had several benefits to the growth of the University.

I have taken note of the composition of the new council reconstituted and inaugurated. I personally and many others helplessly murmuring over the decision of the appointing Authority not to have considered a native of the region as the council chairman. In many other public Universities in this country, natives are given such critical roles to represent the interest and aspirations of the people. May I take you through the council Chairmen of some Public Universities for you to appreciate the point I wish to drum home.

So why couldn't the Appointing Authority get a native of Upper West to Chair the Council for the SDD-UBIDS in consonance of this convention?

I think, that, the chairman of the council should be a native. In the current status quo, the Council Chairman, the IVC and Ag. Registrar are all non-natives, even when we have more qualified people to take up those positions. I suspect that the IVC worked that out. Because he was always at loggerheads with the former council Chairman (Prof Dakorah) who wanted to see to the growth and Development of the University. It has soon proven, palpably, that the IVC and Ag. Registrar are here for “their pockets”: whether the University grows or not, it's their back case. Their interest is what they get for themselves.

As a son of the region who took part in the advocacy for an autonomous University for the region, I just cannot come to terms with why a young and promising University like ours would have its meager resources mismanaged ostensibly for personal interest. For a University that still requires more investment into infrastructure, it would be disastrous to have our eyes closed at how the finances of the University is being managed. I have indisputable facts, how the Interim Vice Chancellor is wantonly misappropriating the meager financial resources of the University with clear disregard to procurement laws and procedures. It is also highly unfathomable how the IVC would prefer to stay in a luxurious resident (by his choice and standard) at exorbitant rent charges on the University, when indeed, many options exist. It is even sickening for the IVC to refuse an offer (an alternate resident) from our regional minister for reasons beyond my comprehension. I ascertained that the regional minister, Hon. Dr. Hafiz Bin Salih voted to renovate a particular building own by the state to serve as residence for the IVC. Unfortunately, that offer was turned down, with the funny excuse that the facility is below standard.

The people of Upper West must note with interest that;

1. the IVC is cunningly employing his tribe’s men even when we have sons and daughters who are more qualified for such roles.

2. the University has a non-native as a council chairman (extremely unconventional), after Prof Dapari was ousted under strange circumstances. This does not happen at other Universities located in other parts of the region. The manner in which Prof Dakorah who hails from the region was ousted and not replaced with another native smacks a certain sinister by some powerful individuals to control and use the University in a manner that has the propensity to retarding the growth and development of the University. This, the people of Upper West especially the youth should not turn a blind eye to. Government granted us an autonomous University largely because of the numerous socioeconomic benefits it would provide to the people. If the action of some few, will deny us these many benefits, then we must act swiftly.

3. The University still requires a lot of investment and hence we can't be mute over the level of profligate, corrupt and cronyism going on.

4. We must follow with eagle eyes the happening at the University. We, as a people, are the major stakeholders of the University and must speak out when things are not going on well. To be silent on such matters of grave public interest is counterproductive to the development of the region. We must all speak out now!

I urge opinion leaders and the media to take interest in investigating these issues for the public good. It is incumbent on us to contribute to the progress of the university so as, we can have significant contribution of the University on the growth and development of the region.

It must be stated forcefully, that this advocacy is not any political agenda and I entreat all not to read any political meanings into it. I am only a concerned native of the region that want to see the University developed and contribute to the overall development of the region.

We have a shared responsibility to serving as watchdogs to public institutions. If you have any other information on how the wicked are stepping on our golden egg, you may engage me via my email- [email protected]

The village Boy from DBI.