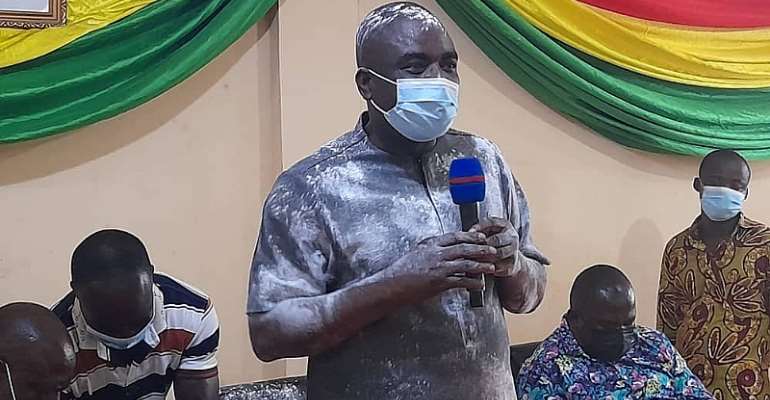 Paul Asamoah, the DCE for Akyemansa

The 35 Assembly members in the Akyemansa District in the Eastern Region have confirmed the President's nominee, Paul Asamoah, as the District Chief Executive (DCE).

Mr. Asamoah, who is a businessman from Adwarfo in District, won the trust of all the 35-member assembly at Ofoase.

He expressed gratitude to the members for their overwhelming votes and called for their collaborative support to advance the development of the district.

The Eastern Regional Minister, Seth Acheampong, who subsequently sworn him into office after the EC Declaration advised the DCE to work hard to improve upon the development in the area.

Paul Asamoah was nominated in 2017 by President Akufo-Addo as the DCE for the area, where the current Minister of Information, Kojo Nkrumah oversees as the Member of Parliament.