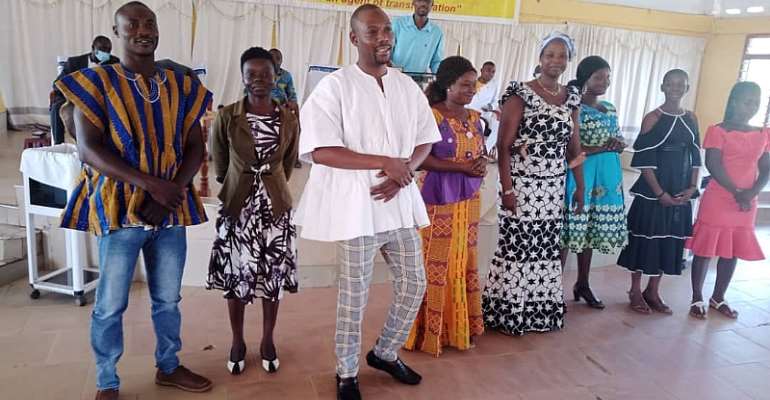 A DCE aspirant of the Bawku West District Assembly and District Director of NADMO, Anania Daniel Atampuba is appealing to Assemblymembers in the district to unanimously endorse the President's nominee, Hon. Tahiru Issahaku Ahmed as the District Chief Executive of the area for development.

He made the call at Zebilla Central Pentecost Church on Sunday when he, his family and friends held a thanksgiving service.

Hon. Daniel Atampuba Anania urge Pastors, Imams and Tengendaanas in the area to support the yet-to-be approved DCE nominee to sail through the tide.

He in an earlier statement thanked President Akufo-Addo for appointing Hon. Tahiru Issahaku Ahmed as DCE nominee of the district to steer the affairs of the district.

He believes that the discipline nature and high sense of responsibility of the nominee will help drive development for the Bawku West District.

He, however, called on all and sundry within the Bawku West district to give the nominee their maximum cooperation when approved to develop the area.

Hon. Daniel, declared his fullest support of the nominee saying he will throw his weight behind the nominee to make sure he is approved.

He called on the youth groups of the party to remain committed, loyal and resolute to the party and the nominee.

The confirmation of the DCE is slated for 6th October 2021 at the forecourt of the Bawku West District Assembly.

Mr Daniel Anania Atampuba was part of the 17 applicants who vied for the DCE position. He was shortlisted among the 4 final lists that got to the Presidency but was not picked.