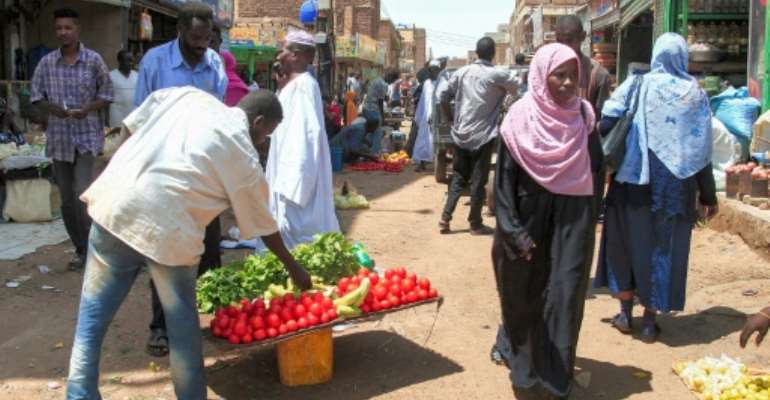 Sudan's attempted coup occurred against the backdrop of economic reforms which many Sudanese see as too harsh. By Ebrahim HAMID (AFP)

Sudan's failed coup highlights the threats to its transition to civilian rule after the ouster of autocrat Omar al-Bashir two years ago, analysts say.

The country is led by a civilian-military administration under an August 2019 power-sharing deal. It was signed months after Bashir's ouster by the military following mass protests against his iron-fisted three decades in power.

But the transition to full civilian rule has remained shaky, reeling from deep fragmentation among political factions, economic woes and a receding role for civilian leaders.

The military has remained dominant, analysts say, and a legislative assembly agreed under the transition deal has yet to materialise.

On Tuesday, Sudan's government said it had thwarted a coup attempt involving military officers and civilians linked to the regime of Bashir, who was imprisoned after his overthrow.

Jonas Horner of the International Crisis Group said that although the coup seemed "to have foundered on its weakness" it was a "challenge to the transitional government's authority (and) indicates the persistence of opposition to Sudan's new, more inclusive direction".

Analyst Magdi el-Gizouli of the Rift Valley Institute believes each side will use the coup to "assert their influence and undermine the other".

Many Sudanese, whose country is one of the world's least developed, see the measures as too harsh.

Delays in delivering justice to the families of those killed under Bashir, and even during protests after his ouster, have triggered further criticism of the government.

Few details of the putsch have emerged.

According to local media, the attempt lasted three hours and was led by a senior officer in a southern Khartoum military camp.

The reports indicated other camps in Khartoum's twin city of Omdurman were involved, and that plotters made a feeble attempt at seizing the state media building.

There was no official confirmation of these reports.

Shortly after, the army announced that "most" of those involved including 11 officers were apprehended.

"It is all very ambiguous," said Gizouli.

"It didn't seem there was any active or serious steps toward seizing power.

"There was no exchange of fire anywhere or any attempt to detain any of the civilian or army commanders."

Sudan has a long history of small-scale attempted coups, including since Bashir's ouster.

Bashir himself took power in a 1989 Islamist-backed putsch against the democratically-elected government.

The latest coup attempt, Horner said, was an "under-resourced attempt to unseat the transitional government".

Sudanese analyst Othman Mirghani believes both the civilian and military camps could use the attempt "to call for prolonging the transition."

Sudan's civilian Prime Minister Abdalla Hamdok has stepped up controversial calls for reform to the military. By - (AFP/File)

Gizouli agreed that it could be a "bargaining chip" as each side of the transition "pushes for respective demands and interests".

In his Tuesday speech, Burhan hailed the army as the bulwark protecting the transition.

"You are the most important to maintain the transition," he told troops at Al-Shajara camp in southern Khartoum.

The 2019 power-sharing deal provided for a three-year transition but that was reset following a peace deal with rebel groups last October.

The military has been key to agreeing to peace deals with rebels.

The coup attempt could help in the military's push to prolong their leadership of the sovereign council, rather than handing over to a civilian, according to analysts.

"And the argument will simply be that the country is facing a security crisis that requires that they remain in power," said Gizouli.

However, Hamdok, the civilian prime minister, stepped up controversial calls for reforms to the military which include integration of armed groups and paramilitary forces with the regular army.

"It's likely we will continue to hear of similar coups during this transition," said Gizouli, adding that it reflected the transition's "fragility".