Jubilee Field Oil Production In Perspective a Decade After: How Much has Ghana truly Earned? 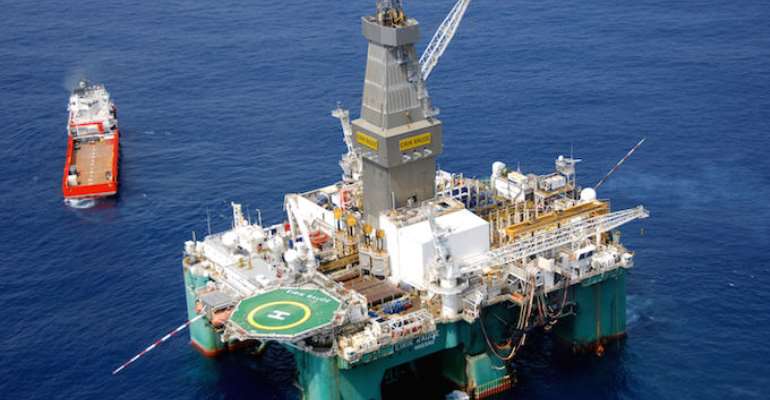 June 2007 was a historic month in Ghana, when the announcement of oil and gas discovery in commercial quantities in the Jubilee field Offshore Cape Three Points, OCTP, was made.

The discovery came at an opportune time when Ghana most needed an injection and indeed, a booster, into the nation’s general welfare and socio-economic development. That announcement therefore sent expectations high among Ghanaians all over the world.

“With oil as a shot in the arm, we’re going to fly, going to really zoom, accelerate, and if everything works, which I pray will happen positively, so when you come back in five years you will see that Ghana truly is the African Tiger for Development. Some are doing it well and I assure you if oil is money, and we need money to build the schools, roads and hospitals. If you find oil, you manage it well, can you complain about that?”

The quotation above made by former President J.A Kufuor, epitomizes the joy and euphoria Ghanaians, both home and abroad, had, but little did he know that his government’s policies and actions were going to reduce Ghana into a lame and sick “African Tiger” that cannot leap and hunt for its prey. Are we really flying and zooming, doing the schools, the roads and the hospitals without a begging bowl in hand?

On December 15, 2010, late President John. E.A Mills turned on the valve to officially start oil and gas production which ushered Ghana into the league of nations of oil producers.

Even though there are currently three oil fields in production, we have selected the Jubilee Field, being the flagship project, for our discourse and comments because of events that took place before production started.

We are also concentrating on the performance of the Jubilee Field which started operating under a contract regime akin to the Ghana Hybrid System fiscal regime which Ghanaians were told is superior to the accepted world standard Production Sharing Agreement (PSA) or Contract (PSC), and also because of the information available to us.

Before production started in December 2010, workshops were held across the then 10 regional capitals to solicit views from citizens as to how the first US$5bn from the Jubilee Field in the first five years would be spent. The last leg of the workshops took place on March 21, 2010 at the Accra International Conference Centre. Then advisor to the Minister of Finance, Dr. Amoako Tufuor (RIP) led the workshop and announced to Ghanaians and the whole world that the country would earn 42.20% of the total production revenue from the Jubilee Field.

After 10 years of production, surprisingly Ghana is yet to earn the first US$5bn as we were made to believe, and hardly 50% of the projected revenue. As our independent research revealed, the country earned US$4.716bn from the three main sources of Government Take, Royalties, Carried and Participation Interests and Corporate Taxes representing 20.23% of total production revenue of US$23,304,124, 813, generated from 304,472,403 barrels of oil lifted from the field as at December 31, 2020. Going by Dr. Tufuor’s declaration, Ghana should have earned a cumulative total revenue of US$9.834bn from the US$23.304bn leaving US$18.588 billion for the contractor parties.

Now, if the total capital expenditures of US$6bn for the development of Phases 1 and 2 was added to the projected operating expenses of US$4bn for 23 years and subtracted, the foreign oil companies are left with US$8.588bn for 10 years of operation.

Our question is, what led to the shortfall of US$5.118bn due Ghana, because she would not have been in the current financial crisis if at least the US$9.834bn due her under the bad Hybrid System was fully earned.

Below is the table of summary of oil production and distribution of revenue between Ghana and the foreign oil companies.

A critical analysis of the Ghana Take table would immediately tell you something went wrong especially with the Corporate Tax receipts. If the US$747,645,539 represented 35% of net profits payable by the foreign companies, then the foreign companies are telling Ghanaians they made only US$2,136,130,111 as net profits out of their total share of US$19,335,443,203 of the total revenue of US$23,304,124,813.

What this meant is that the foreign companies are claiming they spent a total of US$17,199,313,092 on capital development expenditures and operating expenses in 10 years as against the US$10 billion projected in the Plan of Development for 23 years.

It is interesting to note that, on page 25 in the approved Plan of Development (POD) Phase 1, it was projected that Ghana would earn a total of US$2,661 billion in the first five years of the Jubilee Field Production, made up of US$2,561 billion income taxes and US$101 million Additional Oil Entitlement (Super Profit Tax) if the Contractor Parties realized US$15.573 billion from the sale of 224 million barrels of oil at US$65 per barrel.

It was also projected that Ghana would earn US$1.00 billion income taxes, if the Contractor Parties realized US$10.781 billion from the sales of 224 million barrels at US$45 per barrel.

However, after 10 years of production the Contractor Parties realized US$19,335,443,203 from sale of 250,325,417 barrels at a moving Average Price of over US$75 per barrel, but ended up paying only US$747,645,539 per our analyses of Quarterly Petroleum Receipts and Distribution Reports of Ministry of Finance.

From our observation over the years, we have noticed the powers- that-be and the Regulatory Bodies in charge of our Upstream Oil Industry are covering up these thefts by the Contractor Parties, (the foreign oil companies), despite the fact that we have duly brought these to their notices as Citizens and not spectators.

We members of the FTOS–Ghana PSA campaign team are of the view that, if the PSA fiscal regime which legal framework was already on our statute books – PNDCL 60 and 84 – was consolidated and adopted, all these intrigues and manipulation would not have taken place and Ghana would not be in the current financial mess.

The country should have earned in the region of US$13.982bn from the Jubilee Field at No Cost, that is, no investment by Ghana, under the PSA instead of the US$4.716bn with cost under the Ghana Hybrid System.

The euphoria and expectations of the nation which greeted the discovery has fallen flat on its face because of the current economic hardships and difficulties citizens are facing. After 10 years of oil and gas production in Ghana, the commodity has not been a development, economic and social mobility multiplier for the citizens except for an elite few who are now rich beyond their wildest dreams.

This trend would forever remain, if Ghana continues to operate her upstream oil industry under a law declared as “garbage” by eminent energy law professors from such renowned universities as Harvard and Texas and others from the African continent on January 12, 2017 at La Beach Hotel, Accra, at an international oil and gas conference.

It would interest readers to know that, the Norwegians who are said to be advising Ghana earn as much as 64% of total production revenue from their oil contracts under their Hybrid System contracts, while Ghanaians earn have earned less than 21% of total production revenue per their advice with their lame excuse that Ghana does not have the capital and the technology.

However, sub-Saharan African countries producing under the PSA Fiscal Regime earn between 44% and 85% of total production revenue. For example, Libya takes 81%, Nigeria and Congo Brazzaville take 70%, while Angola and Cameroon take 64%, Equatorial Guinea 59% and Mauritania 50%.

Fellow Ghanaians, which of these two contract types would propel the realization and attainment of President Nana Addo Dankwa Akufo-Addo’s vision of a “Ghana Beyond Aid” in the shortest possible time?

Solomon Kwawukume, the writer, is the Executive Director, Centre for Natural Resources and Environmental Management, CNREM