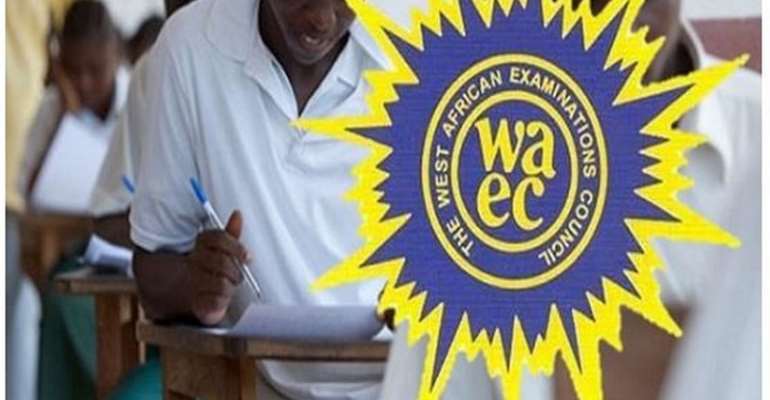 A total of 108,485 candidates in the Ashanti Region are writing this years’ Certificate Examination (WASSCE) for the second batch of Free Senior High School students began smoothly throughout the country on Monday.

The examination began with Oral English under the strict compliance of the COVID-19 safety protocols in all 192 public and private SHSs in the region.

Speaking to our reporters on Tuesday, September 14, 2021, the Ashanti Region Controller for the West African Examinations Council (WAEC), Mr. Divine Agbenyo revealed that,= the candidates are made up of 54,421 males and 54,064 females.

According to Mr Agbenyo, adequate measures have been put in place by the Council to reduce examination malpractice.

Mr Agbenyo said the council had not received any negative report from any part of the country as far as the examination was concerned.

He expresses satisfaction with the conduct of the exit examinations, saying it's going on successful.

Mr Agbenyo added that the integrity of the ongoing 2021 WASSCE has not been compromised “as no single case of leakage or foreknowledge has been recorded.”

He expressed satisfaction about the comportment level of the students and commended the invigilators for performing their duties effectively.

According to him, candidates and schools caught in any act of malpractice will receive appropriate sanctions as prescribed by the rules and regulations governing the conduct of the Council’s examinations.

Candidates, invigilators and supervisors were also seen in face masks with Veronica buckets and tissue paper, soap and hand sanitiser available at all the centres visited.

WAEC has indicated that 965 schools are participating in the West Africa Senior School Certificate Examination.

It added that out of which 651 were public schools and 314 private schools.

The number of public schools participating in the 2021 examination reduced by ten, compared to 2020 which was 641, while private schools increased from 314 to 335.

The Ashanti region had the highest number of candidates with 87,295, followed by the Eastern region with 56,467 candidates.

In the Northern, Savanna, and North East Regions, 24,830 candidates would be writing the examination with 14,105 being males.

The Western and Western North regions had 24,332 candidates with 12,601 being females.