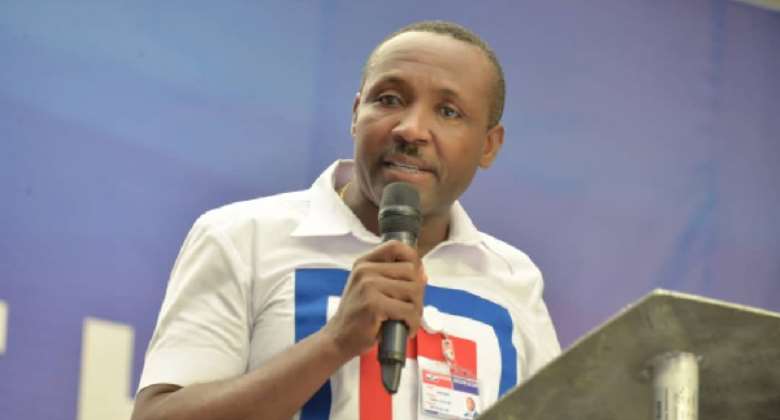 General Secretary of the New Patriotic Party (NPP), John Boadu has bragged that the party will achieve enough by 2024 to ensure it beats every opponent in the 2024 general elections.

The ruling party is aiming to be that first political party to hold on to power for more than eight (8) years continuously.

According to John Boadu, contrary to concerns raised by a section of Ghanaians, the NPP is on track and will have unmatched achievements by 2024 to do the unthinkable.

“I know for what we’re seeing and from the work that is going on, by the time we get to 2024, the records and our achievement we have within the eight years, no party, I repeat no party can match us,” the NPP General Secretary said at the opening ceremony of a two day capacity building workshop for all ministers of state and leadership of the committees in Parliament at Kwahu over the weekend.

According to him, although the NPP lost some Parliamentary seats in the 2020 general elections, it is determined and will work to captures seats of the National Democratic Congress (NDC) in the next election.

John Boadu in a recommendation called for leadership of the NPP to continue to do peer review of performance of its MPs to help in assessing their performance in the constituency that will enable party leadership delegate decisions on behalf of the party.

He said the NPP will consider banning Chief Executive Officers (CEOs) from contesting incumbent MPs in the next election to ensure there is no disruption but focus to maintain seats and capture more.

“Yes we benefited from National Council decision of making sure that areas that we have sitting Members of Parliament, MMDCEs are not allowed to contest, I think that going forward we may even extend this to CEO’s and MD’s who are beneficiaries of our government also to continue to use the position of government to support party at constituency and support the MP, it is important that, that decision is considered by the National Executive Committee and National Council,” John Boadu added.