Appeal for Funds to Build National Cathedral: A Misplaced Priority 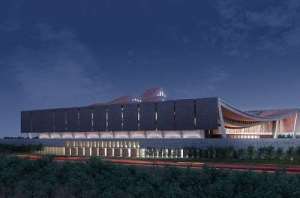 The Finance Minister's appeal to Ghanaians to give a monthly donation of ¢100.00 each in support of the construction of the National Cathedral has been met with angry reactions from the camp of the Ghanaian masses, largely social media users.

To a greater extent, I side with those Ghanaians who prioritise hospitals and schools over a place of worship. There could be so many reasons for my position but the main one is the fact that we can converge in any public facility for any national religious exercise. On the contrary, our students and pupils cannot converge anywhere for their academic work. Similarly, unless under emergency circumstances, patients cannot be treated in any other facilities except health facilities.

Those who might argue that we cannot have all the hospitals and school infrastructure we need as a nation before we think about other things would have still gotten their priorities wrong. This stems from the fact that the trillions of Ghana Cedis that would be raised from the donations can be used to construct income generating infrastructure like international Olympic stadia.

Public facilities like international Olympic stadia will not only generate income for the nation but will also serve the purpose of the national cathedral. Thus, should Ghanaians donate ¢100.00 each for the construction of world class stadia in two regions, those stadia can be used freely by all religious sects in the country. After all, God is omnipresent and can be worshipped in any clean environment.

Besides, such facilities can help to develop the talent of our youth. This will also go a long way to develop the lesser known sports which have been overshadowed by football. This will in turn create jobs and income for the talented youth who are currently courting unemployment.

Let us not forget that Jesus Christ, the perfect model for the church, distanced Himself and His heavenly work from the government of His time. He made it clear to the people of His days that His "...kingdom is not of this world..." The political kingdom is entirely different from the religious kingdom and should be treated by Christians as such. Bible scholars would agree with me that the deceptive reception of Christianity by Emperor Constantine, a pagan political figure, and the subsequent merging of the state and the church in the 4th century AD is largely the reason for the confusion in Christiandom today.

In conclusion, building of the national cathedral is not only a misplaced priority but also religiously dangerous.

People who collapsed GN Bank three years ago had ‘Kerosene’ ...
28 minutes ago