The Goodness of Crocodiles 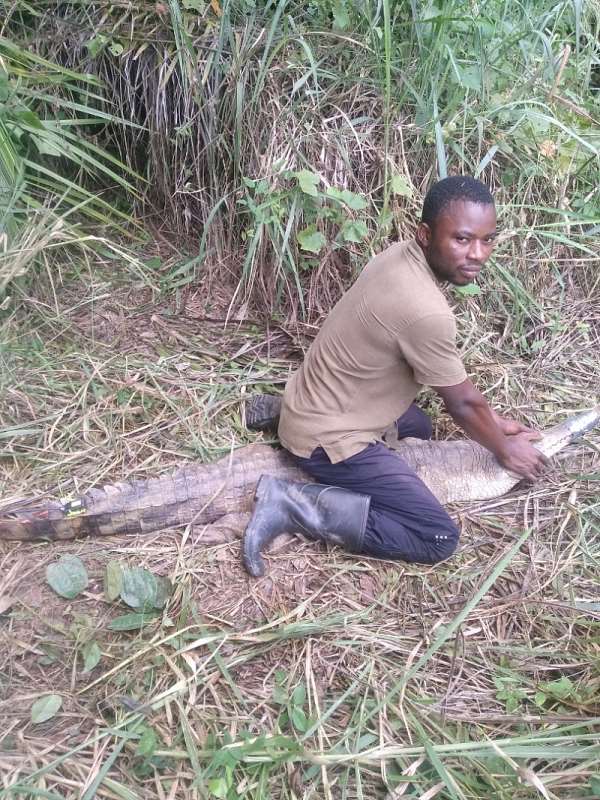 It is long overdue that we change the conventional narrative against crocodiles which have received wrong negative criticism over the decades and centuries. Many critics may think they are being factual about their ressentiment for crocodile simply because they may have witnessed or head of crocodile attacks or human-crocodile conflicts or myths which is right but just from a myopic perspective. Because crocodiles are just like any other animal and if this is right, why neglect crocs when other animals are protected. Come to think of even the case of domestic animals like dogs which can be crazy or mild depending on the treatment you give to them. Same way in the wild animals which turn to behave arrogantly or friendly based on how they are treated, where one might not be spared if you trespass their territory. This I say is the major cause of the crocodile attack cases reported and the general wrong negative perception of crocodiles across the world as these animals are heavily hunted and their habitats encroached for either farming or settlement.

Crocodiles bring to individuals, households, nations, environments, and the world a bunch of positivity.

Also, crocodiles’ presence in residences are not necessarily a danger in many rural communities in Ghana. They appear as messengers from the river gods to notify the community (Fumso-Obuasi Municipality) of some wrongful. They also appear at royal families to priori announce the death of some prominent people of the community (Menje-Bono East). Elders perform some cultural right such as poring of libation, clapping, and singing to escort the crocodile back to the stream.

Crocodiles through ecotourism attract revenue for the country and rural communities. For example, Paga crocodile pond in the Upper East Region of Ghana attracts tourists from all over the world who visit the pond to see and associate with crocodiles. Other places include the Ave Dakpe in Volta Region, and Hands Cottage in Central Region. In these places, tourist can touch crocodiles and learn about the unique history in connection to these animals. Businesses boon at such locations, and monies are also paid to enter the country and to visit the site thereby bringing income the community and the nation at large.

Crocodile farming which a virgin area is Ghana is a very lucrative source of income. Crocodile skin is one of the best leathers in the world. Meaning a crocodile farmer will be dealing with global high bar companies such as GUCCI, LACOST etc. implying a ready market for crocodile skin.

Aside from the skin, crocodile farming offers other crocodile parts that are variably demanded for varied purposes. For example, Crocodile meat is a delicacy for others whereas the fat is in high demand at the cosmetic industry. Also, crocodile bile and other parts are medicinal and help maintain human health in many communities of Ghana.

All the above can be sustainably achieved through crocodile farming and support conservation by reducing the pressure and threat on wild populations.

Crocodiles are key environmental indicator species. Many crocodiles in a particular habitat means that habitat is of high quality, functional, and can support the survival of many other species, and provision of environmental services. Natural rivers that have crocodiles have good fish population as crocodiles play a significant role in checking and balancing fish population. Crocodiles also construct burrows that serve as shelter for fish and other aquatic organisms during droughts and dry seasons until rains are back. Also, the population pattens of crocodiles serve as proxies to guide conservationists in realizing habitat and population threats such as encroachment, and hunting.

Let us stop the plight of crocodiles by admitting that crocodiles are good animals that should be protected. Let us farm crocodile to avoid pressure on wild populations whilst still benefiting from the quality products and services crocodile offer to both human and the environment. Given the relationships crocodiles have with rural communities, a powerful way forward for in situ crocodile conservation in Ghana is community-based management.