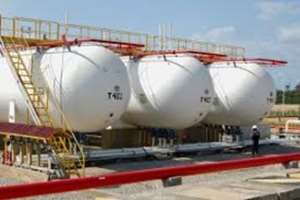 Ten years ago, to the month, in July 2011, during the administration of the late Professor John Evans Atta Mills, the Ghana Gas Company was established with the mandate “to operate infrastructure required for the gathering, processing, transporting and marketing of natural gas resources in Ghana”, making it one of the country’s key strategic investments.

Even with such a daunting portfolio, it has always remained in the shadows, not intruding much into the nation’s raucous media, until this week with the announcement that stunned, shocked, confounded and scandalized the nation: Mr. Akufo-Addo announced the appointment of a new chair to the Board of the company. I am deliberately leaving out the individual’s name, because that simply would add oxygen to inflate more, the individual’s already over-bloated ego and public nuisance. I did not believe the announcement so I put out a query on its authenticity on a couple of platforms: “Tell me this is fake news…”, I posted. The very first response to reach me was: “It is over.” The pathos was as dark as any funeral announcement. Then others started flowing in. See below:

2)I think this "President" deliberately does things to irritate and annoy right thinking, decent and upright Ghanaians. Otherwise what explanation can one give for this appointment?

3)It has become the new normal in this administration. Display of lawlessness, violence, recklessness, are nicely rewarded with promotions.

4)DSP Azugu, Lt Col Agyeman, among others. They’re covered, encouraged and empowered to do more.

5)At the moment he has Ghana at his feet. The police are afraid of him. The judiciary can't make fe. The president is terrified. All of Ghana looks on helpless. Waiting for 2024.

6)"Give me what I want or I expose you". That's been his strategy and it's worked perfectly so far.

7)…caught on secret tape claiming that President Akufo-Addo supports him!!! No wonder he always says he does not fear anyone in the country ...This is how far Ghana has gotten to...

8)Thanks. Akufo-Addo is comparable to Trump. Just doing anything in the name of governance!

9)He will be denied at the last hour by his own people who will say the president was aware of all that happened!

10)Hmm! The “integrity” part is what has surprised some of us. He didn’t come across like that at all.

The individual under discussion is not known personally to all these commentators, but surely, he is known to us all through the media – social and traditional. There is no section of the polity that he has not rubbed up the wrong way: the political party he says he belongs to; his fellow politicians in and out of parliament; the military; the judiciary; the media – just name it! He’s been mentioned in connection with being an accessory to an alleged murder of a media person; he’s wallowed into areas that we all keep at arm’s length, i.e., ethnocentricity; he so scandalised the judiciary that he still has a contempt case hanging over his head; he’s openly been sexist and prurient on air; he’s been boastful about the wealth he says he possesses and lately he must have exasperated a radio journalist so much that the journalist riposted by referring to him as the child of “baga”. Please check elsewhere for the translation. To some people, he represents the most unsavoury side of politics and does not put forward the best foot for Ghanaian politics and democracy. All, these assessments made possible by his own bluster in the media.

No claim to fame on my part, but I have met him physically only once during the Kufuor administration, in the office of a friend at Cantonments. I agree, not enough to form a fair opinion, but then, he has made himself available to us with the oxygen of publicity he’s been getting from his own media network and the generality of our national media, to the extent that his name is now one of the most recognizable in Ghanaian politics, and not always for the best of reasons. He has thus far succeeded in becoming our version of the Teflon man with nothing sticking on him to have the law, or any other institution to call him to order with a censure that would pipe him down, though he was terrified enough to issue a grudging public apology last year when a contempt custodial sentence was staring him in the face...

Against such a public personality profile, the question can be legitimately posed: Mr. Akufo-Addo, was this appointment in your personal interest or in the national interest? It is one or the other. You cannot have them both. Is there no longer any minimum standard of basic decency, moral uprightness, a modicum of integrity, that we expect as qualification for any public office in Ghana, academic qualifications notwithstanding? Is it my party first, country second? No wonder I often hear some citizens say they have had enough of party politics.

But no fears, as long as we avail ourselves of the freedoms in our multi party democratic dispensation and eschew the fear of individual politicians (no matter at what rung of the political ladder), party politics will serve us all. What destroys party politics is when citizens do not speak up, when questionable deeds – like this appointment – are perpetrated in our name.