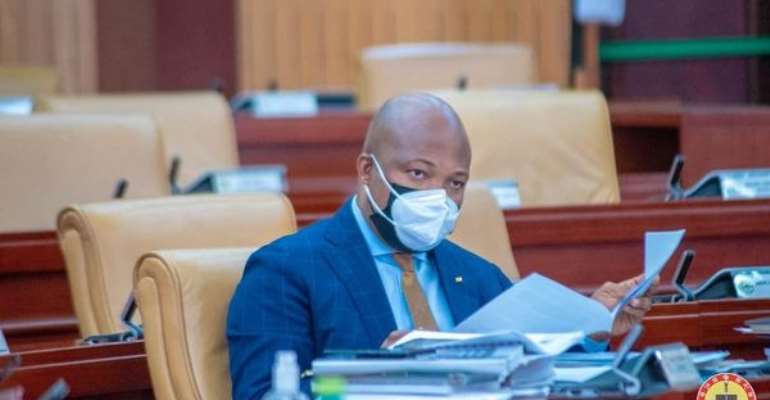 Member of Parliament for North Tongu, Samuel Okudzeto Ablakwa says he is appalled by the Finance Minister’s response to questions posed to him in Parliament on the cost of President Nana Akufo-Addo's foreign trips.

Answering questions on the floor of Parliament from the North Tongu MP, Mr. Ken Ofori-Atta, said the Minister for National Security is best placed to provide Parliament with details of the cost of the trips.

The Finance Minister maintains that the cost of the President's domestic and international travels are handled by the National Security Ministry and not his outfit.

He indicated that he did not make any specific releases to the Chief of Staff for the President's trips to France, Belgium, and South Africa.

This response came after over one month delay in response to the question.

Reacting to the Finance Minister’s reponse in Parliament on Eyewitness News, Okudzeto Ablakwa said, it was “a very disappointing day. I am very embarrassed.”

He bemoaned the lackadaisical approach of the Minister of Finance towards Parliament's call.

“It has been such a struggle to get him to come to respond. Then he eventually comes on Wednesday, only to tell us that we should now be looking in the direction of the National Security Minister. These questions had been admitted since the 1st of June, at what point did the Minister realise that he did not have the answers? He could have gotten the answers if he wanted to. You don't treat Parliament this way. This is not how we protect the public purse, promote good governance and transparency. This is totally wrong. It is contemptuous of Parliament, and an insult o the people of Ghana.”

He further indicated that he has filed an urgent question to get the National Security Minister to answer the questions.

“The Speaker was left with no choice but to accept his proposal. The next step is to get the National Security Minister to come and respond to the questions, and I can confirm to you that I have immediately filed an urgent question for the Minister to come and provide the answers.”

“I am expecting the Speaker to quickly admit it so that he [National Security Minister] will be dragged to Parliament soon. I hope that he does not come and hide under national security to evade some questions,” he added.