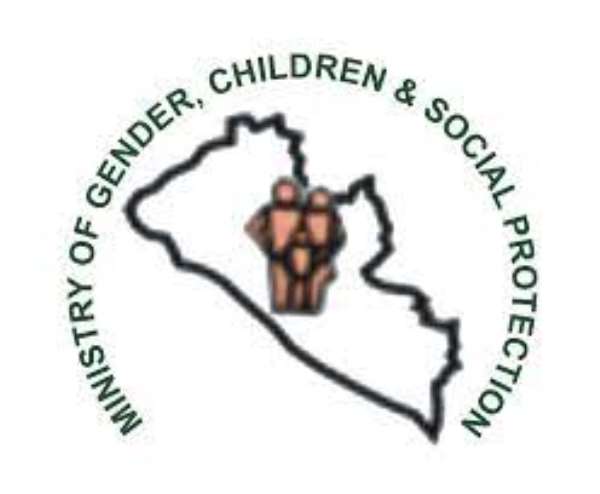 The Ministry of Gender Children and Social Protection along with The Child Protection Network of Liberia which is a body of Civil Society Organizations on Saturday, July 3, 2021 with permit from the Ministry of Justice reunited 22 children with their families.

The children were trafficked from Gbarpolu County and later rescued in Margibi County by the Liberia Immigration Service on January 29, 2021 and turned over to the Ministry of Gender, Children and Social Protection.

During the reunification program which was held at the Ministry of Gender - Acting Deputy Minister for Children and Social Protection Maminah Carr-Gaye expressed thanks on behalf of her Boss Minister Williametta E. Saydee-Tarr to the Ministries of Justice and Labour and in particular the Liberia Immigration Service. She also thanked UNICEF and SOS Children's Villages for their collaborative support in meeting the basic needs of the children.

Minister Carr-Gaye cautioned Liberians in general to disengage from giving their children to people claiming to be humanitarians. She exerted that the government of Liberia is committed to prosecuting anyone caught placing Children in harm's way.

The Minister made it cleared that even though the children are being reunited with their families - the Ministry of Gender will routinely monitor their welfare.

Minister Carr-Gaye stated that Gender Ministry will remain engaged with the court proceedings as the alleged trafficker identified as Anthony B. Sumo is being prosecuted.

She expressed dismayed in some individuals who are bent on rolling back the gains the country is making in the fight against human trafficking.

In 2020, Liberia was elevated to Tier 2 by the United States Government Human trafficking watch list. This year, the country was downgraded to Tier 2 Watch List.

The Minister reaffirmed Gender's commitment in achieving PILLAR 1 of the Pro Poor Agenda for Prosperity and Development, (Power to the People) 2. 4.2, which highlights Children protection as a key priority of the Government of Liberia.

In a brief remarks, the Chairman on Judiciary of the 54th House of Representatives Hon. Cllr. A. Kanie Wesso, Representative of District #2 Gbarpolu County lauded the Ministries of Gender and Justice as well as all partners for demonstrating commitment to service.

Rep. Wesso stated that he's excited to witness the healthy children reuniting with their parents and joyfully returning home to continue their schooling.

The parents of the children expressed bountiful gratitude to the Ministry of Gender, Children and Social Protection, the Liberia Immigration Service and partners for restoring their joy.

"Only God will pay your, we will carefully look after our children and never again this unfortunate situation will happen", a spokesperson for the families expressed.

With support from partners, Gender Ministry presented cash, food and non food items to the families.