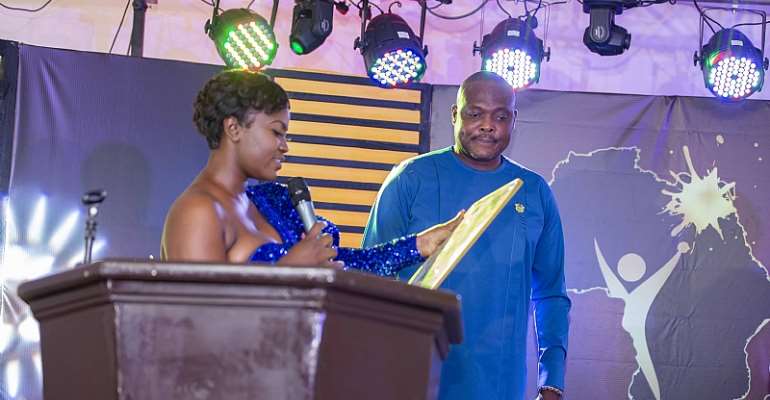 People are awarded and recognised for their contributions in various fields of endeavour which comes as a form of showing appreciation for their meritorious service to humanity.

The Member of Parliament for Cape Coast North, Dr. Kwamena Minta Nyarku aka Ragga has been teaching entrepreneurship as a scholar at the University of Cape Coast for several years. He was also the Coordinator of the UCC Business Incubator before venturing into politics.

Before and after being elected, he has embarked upon a lot of entrepreneurship training for the teaming youth in his constituency.

His vision as an MP is to train a lot more people in entrepreneurship to help reduce the unemployment rate in his constituency and the country at large.

Even though a first time MP, his contributions towards entrepreneurship and capacity building has caught the attention of his constituency, many Ghanaians and beyond, and particularly, Spotlight Awards Africa.

The main rationale for the scheme is to reward young enterprising youth across Africa who are making positive impact as well as creating avenues of opportunities for people.

Among the awardees was the Member of Parliament for Cape Coast North was bagged the Outstanding Politician in Entrepreneurship and Capacity Building.

On receiving the award, Dr. Nyarku thanked the organizers for the honour done him. "I'm very happy and surprised for this and at the same time very humbled for this. This would spur me on to do more for my Constituents".