Na Scam: Why Young People Are Abandoning Religion in Nigeria 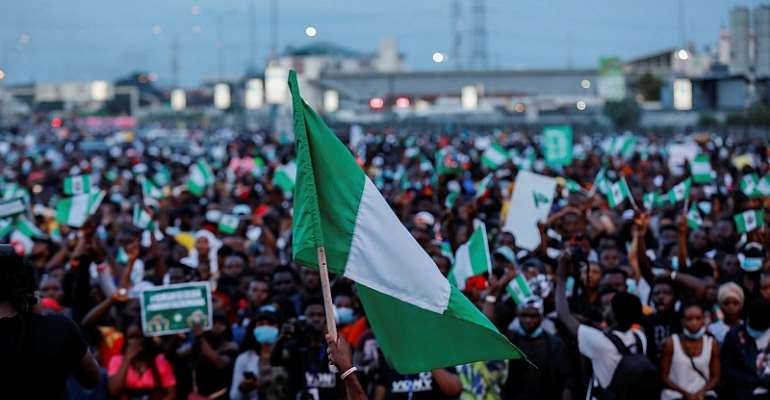 While Africans have been polled to be the most religious on earth, it has been observed that youths in the region are abandoning their faiths. The religious landscape is undergoing a rapid and significant change. Africa is experiencing an irreligious awakening. Nigerian youths are increasingly becoming non-religious, irreligious indifferent to religion. Recently I made a post on my Facebook wall to find out the reasons behind the shift in youth religiosity in Nigeria. The post attracted over fifty replies, comments, and suggestions on the growing irreligiosity among young Nigerians. Young Nigerians made some of the comments, while others were posted by non-youths who indicted reasons why young people were renouncing their religious beliefs. The statements can be categorized as follows: Religion as senseless and outdated, religion as a scam, religion as an illusion and a contradiction, leaving religion as a form of mental freedom, and then the internet and free flow of information.

Religion as senseless and outdated

In this category, the comments suggested that young Nigerians viewed religion as making no sense, and out of date. Somebody noted, "Religion was invented for an era that does not exist anymore. It was used in the dark ages, but we are now in an information age where the more people get informed, the lesser their delusions". Another person stated: "I left because it didn't make sense". In the same vein, somebody said: "Because it doesn't make sense when you compare what they say to the realities of life". Another user put it more pointedly that he or she abandoned religion because "I'm tired of fasting and praying to a dead beat God. But on a serious note, you get to a point where you discover that religion doesn't make any sense but for the reward of illusionary good afterlife it offers the poor and the feeble-minded". Religion offers no concrete solution to life's challenges". Young Nigerians are yearning for an outlook that is sensible and in touch with reality.

Religion as a scam

In this group of comments, the respondents made it clear that religion was a scam. Some of the expressions were made in pidgin English. Somebody commented that young Nigerians were leaving religion because religion "Na scam". Another person put it more emphatically: "Because the thing na scam. E no bring change, e no save person, e no change Nigeria. E made them men of God rich. Scam". Some other persons opined: "Look at Nigeria, how many prayers have been made but yet things continue to worsen daily". "Religion is the only legal Ponzi scheme that sells a product, and if the product does not work, the customer is at fault". One young Nigerian said that youths were leaving religion because " It's fake and we are easily detecting the lies". Whilst another declared: "We are leaving religion because we have been exposed to the truth about religion, no one dwells in darkness after being exposed to the light".

Religion as an illusion and a contradiction

Related to the above-mentioned category is another set of comments that suggested that young Nigerians were abandoning religion because the teachings were based on illusions, delusions, and contradictions. Someone posted: "I left religion because I believe in pragmatism than mere zombie faith; realities on the ground than fairytales". Another person said: "The fact that their subscribers are not in any way seen to be worshiping the same God, or how can one explain the discrepancies in their doctrines, professed to have come from a perfect God?. Others opined: "Because religions teach people to be satisfied with not understanding the universe". "Because bad things keep happening even though we keep praying". "Because we have to thank God for good things and never for bad things". "Because the stories are not in sync with reality". "Religion pits one group against another thereby creating a pseudo division among humanity. I left because I do not want to be grouped into any ideological segment". And then somebody commented: "Because joining a particular religion is like joining a political party, once you pitch a tent with one, you must hate the rest and I am not ready to hate because we are humans first before any other affiliations. Secondly, I found a whole lot of inconsistencies, wanton lies, and threats in all religious doctrines. Thirdly, it is beyond every reasonable doubt that religion has done more harm to humanity than good. It just doesn't add up. It doesn't deliver on its promises and I've come to realize it's simply because it can't". Religious texts are scientifically inaccurate. I do not want to be a party to books that give false information to the public".

Furthermore, another set of comments suggested that young Nigerians were leaving religion in their quest for freedom and emancipation from mental slavery and the manipulative control of god men and women. Some people pointed out that religion hampered thinking and reasoning: "It's just a placebo and entwined brain away from reasoning". "The very day I left religion, that was the very day I started thinking for myself". "I was indoctrinated to religion at early childhood. My being in religion was against my will. So I left when I was old enough to know that I was brought into it by default". "Religion is a tool for subjugation, it was used on their parents. So they don't want to reinvent the will, they think for themselves now". So young Nigerians are de-converting because religion is used as a tool to make people docile, and justify the wickedness of our leaders. Somebody commented as follows: "Because science has given answers to many of the questions that were pondered two millennia ago, and people have realized that ethics and morals come from people, not from imaginary divine beings". Another person called religion "a tool to oppress others" and "kills curiosity", a "low-quality Jollof".

Internet and free flow of information

Another group of comments attributed the growing irreligiosity among young Nigerians to the internet and free flow of information. Somebody said, "The internet has done a lot to release people's minds especially mine". Another user declared: "Basically for me, it was my understanding of science and psychology coupled with so much information on the internet. Before, I do find it difficult to get literature on any topic and questioning pre-established answers and norms. Now, with the internet, I can lay hands on numerous resources which help in exposing the lies of religion". The Internet has released information from the grip and clutches of clerics. It has made accessible to the public knowledge that used to be the exclusive preserve of priests, imams, and other god men and women.

In the light of the above comments, it is evident that the African religious terrain is undergoing salient changes; young Africans are gradually moving away from religion as we know it. A constellation of factors and forces is driving this historic transformation and shift in religious and irreligious fervor. There are clear indications that young Africans, in this case, young Nigerians, are becoming assertive and expressive of their irreligious, and non-religious views and positions. The widespread stereotype of Africans as notoriously religious or incurably theistic is being critically challenged and deserves to be reviewed and revisited.