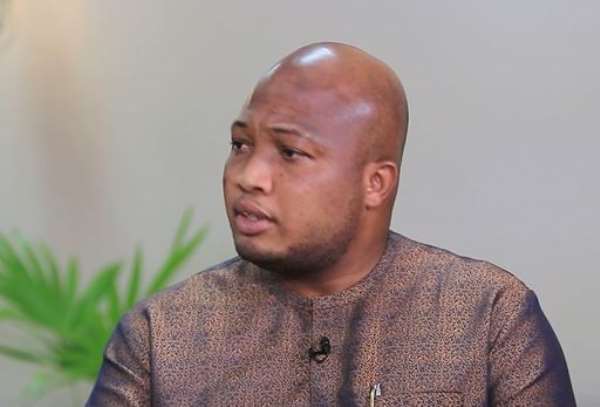 A private citizen, Prince Kamal-Gumah has sued the Member of Parliament for North-Tongu, Samuel Okudzeto Ablakwa for alleged defamation.

Mr. Kamal-Gumah is a brother of the Minister for Fisheries and Aquaculture, Mavis Hawa Koomson.

In a letter addressed to the Chairman of the Appointments Committee, the lawyers for Mr. Kamal-Gumah said Mr. Ablakwa made defamatory comments and actions against their client when Ms. Koomson appeared before the Committee on February 18, 2021.

According to the letter, Mr. Ablakwa procured Mr. Kamal-Gumah’s picture from social media and displayed it during the vetting of Ms. Koomson, which was captured by various television stations and on Parliament’s Facebook page.

“Our instructions are that sometime on the 18th day of February 2021, his sister, Hon. Mavis Hawa Koomson, a Member of Parliament and the Minister for Fisheries and Aquaculture appeared before the Vetting Committee of Parliament, for vetting. He intimates to us that on the said day, the Hon. Samuel Okudzeto Ablakwa, being a Member of the Vetting Committee displayed his picture, procured from one of his social media handles (which was captured by the cameras of the various television stations which covered the event), and also published live on the Facebook page of Parliament House, for the entire world to watch.”

They added that Mr. Ablakwa “portrayed him as an uncivilised, violent and barbaric person.”

“Accordingly, having been instructed, we implore you to take steps to urge Hon. Okudzeto Ablakwa to redeem the sinking reputation and business fortunes of our Client, by rendering an apology and retracting the false and dangerous information circulated around the world about him.”

“Our Client wishes to emphasise that he takes cognizance of parliamentary immunities and privileges and as a result, accepts that his legal options are limited, however, he believes that steps can be taken by the Committee and or by the Hon. Member to prevent and or curtail the continuous damage to his reputation.”

Below is the letter: