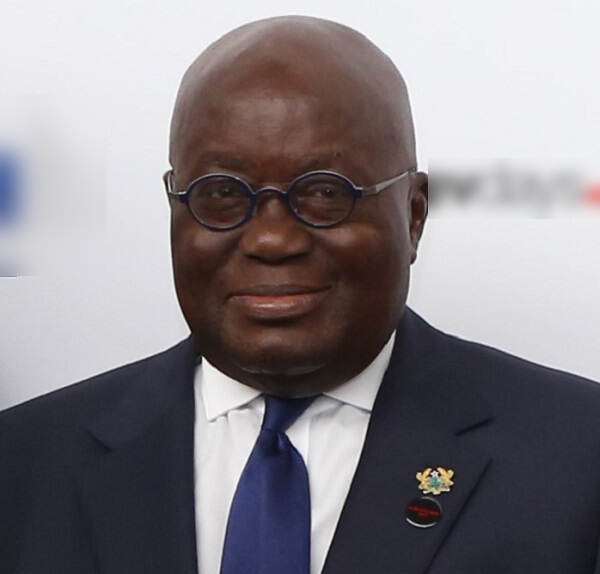 The New Patriotic Party (NPP) Youth in the Sefwi Akontombra Constituency has called the bluff of the Constituency Executives for threatening to cause confusion in the party if their preferred candidate is not appointed as the District Chief Executive (DCE).

This is in a reply to a publication the Youth in Sefwi Akontombra has cited with the headline ‘Sefwi NPP Threatens to Collapse Party if' on another news portal.

In the said story, the party executives have reportedly threatened at a press conference to collapse the NPP in the constituency if President Akufo-Addo does not retain their DCE, Yawson Amoah.

Reacting to the story in a press release, the NPP Youth in Sefwi Akontombra Constituency says it is critical to correct the "palpably blatant and ignorantly wrongs that seem to be grossly disrespecting, belittling, undermining and dictating for the appointing authority of the Republic of Ghana and to a larger extent threatens the President if the name of the incumbent District Chief Executive is not nominated or mentioned by the President for the second time."

The group stresses that they distance themselves from the "malicious and mischievous publication and its content holistically" issued by party executives.

Accusing the incumbent DCE Yawson Amoah of involving himself in illegal mining [galamsey], they call on President Akufo-Addo not to retain him in his second term.

“Finally, we wish to state without any equivocation that, No individual, member nor group within the Akontombra Constituency can call the bluffs of the president of the republic with triviality, needless and unnecessary publications pertaining the DCE selection process.

“No Individual, Executive, nor Group of people can collapse the New Patriotic Party (NPP) in Sefwi Akontombra,” the release from the group, a statement signed by Constituency Youth Organizer, Yussif Salifu Muphtaw concludes.

The people of Sefwi-Akontombra woke up on Friday 4th June, 2021 to read an all intriguing publication on adomonline.com at exactly 2:30PM with a Heading;

Inasmuch as the Heading of the said publication was factually inaccurate and misrepresentative, it is imperative on us to dwel heavily on the content of the publication which we deem worthy of responding accordingly by righting the palpably blatant and ignorantly wrongs that seem to be grossly disrespecting, belittling, undermining and dictating for the appointing authority of the Republic of Ghana and to a larger extent Threatens the President if the name of the incumbent District Chief Executive is not nominated or mentioned by the President for the second time.

We want to, and on behalf of the Youth of Sefwi Akontombra New Patriotic Party (NPP) offer a sincerest and an unqualified apology unconditionally to the president of the Republic of Ghana and thereafter distances ourselves from the said Malicious and Mischievous publication and its content holistically.

In all honesty, one would wonder how some minority groups within a section of constituency executives and the membership of the party in a constituency will embark on that intelligently deficient, shallow and hollow media engagement ostensibly sponsored by the an incumbent District Chief Executive against his superior, employer and the President of Ghana.

We consider this as a complete insubordination, disrespectfulness at the apex level, uncouth, irrelevant, unnecessary and erroneous on the part of the said executives and the incumbent District Chief Executive.

They should learn to know better to appreciate the powers that be as vested in the bosom of the President and that, no amount of threats will, and can surpass the express will and choice of the President.

We want to categorically state without fear and for the avoidance of doubts and purposes of clarity and education as follows;

1. That, no one nor group of people or individuals can dictate to the president of the land in his quest towards the selection processes of the District Chief Executive position!

2. That, no man born of a woman can threaten the President in the name of collapsing the party we all serve and duly sacrificed for in our respective areas of operation before voted into office!

3. That, No District Chief Executive nor some minority sections of party executive perpetrating lawlessness, indiscipline and insubordination out of sheer ignorance can be termed to be the totality of the party in the constituency or district!

4. Therefore no one can threaten nor dream to collapse our party if his or her favorite or preferred candidate is not nominated for the office of the District Chief Executive.

5. That, the incumbent as a matter of fact must be mindful that he contested fiercely with others in 2017 before catching the eye of the president. Interestingly, the very candidate he contested with didn’t and never dreamt of collapsing our party when their names were not mentioned. The names of the likes of Hon. Armah Robert, Hon. Frederick Coffie and Mr Adu Tuffour remains fresh in our minds, yet they supported the incumbent for their love and loyalty to the party and respect for the President of the land at the time.

Interestingly, the constituency chairman happened to be a member of the panel on the vetting committee on the day and time scheduled for all aspirants from Akontombra to appear before them.

With this, how can he jump or preempt to declare or throw his weight behind the incumbent DCE?

Is it the case that he didn’t and doesn’t trust the entire panel members, the vetting process and the president who assigned them with that task?

Is it the case that he went there with a clear predetermined mindset or he simply didn’t deserve to be there in the first place mainly because his actions and attitude can only amount to gross incompetence, maliciously capricious or completely naive and ignorant of the entire selection and vetting processes?

How then does his actions calls for the so called Unity that they purportedly claimed?

Moreover, a clear and careful observation of the picture accompanying the publication further muddies, misrepresents and defeats their assertion of the content emanating from the Constituency Executive.

Let me use this opportunity again and on behalf of the Youth to plead with the President of the land to consider amongst the six (6) other candidates contesting for the DCE office, (any other of the six (6) but the incumbent). For emphasis, Any Other But the Incumbent DCE. This is because the incumbent DCE has been allegedly involving and taking monies from Gallamseyers. A situation he has not been able to respond as at today.

The president of the republic, Nana Addo Dankwa Akufo Addo, being a grassroot party man with decades of experience knows better and will select the candidate he deem fit, proper and competent enough to represent him in the district.

Finally, we wish to state without any equivocation that, No individual, member nor group within the Akontombra Constituency can call the bluffs of the president of the republic with triviality, needless and unnecessary publications pertaining the DCE selection process.

No Individual, Executive, nor Group of people can collapse the New Patriotic Party (NPP) in Sefwi Akontombra.

The Youth of the District or Constituency respectfully submits