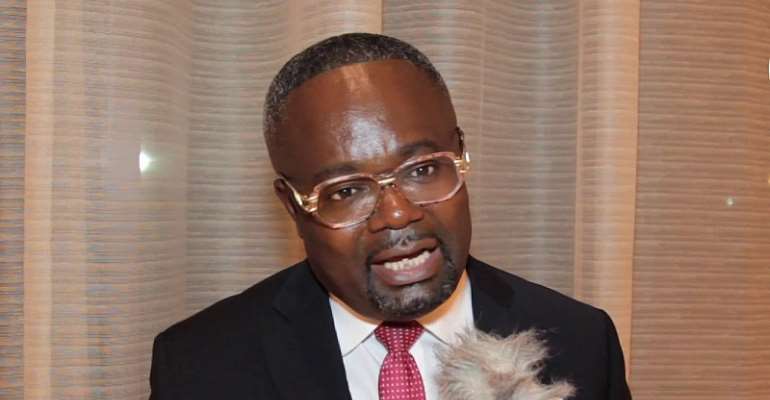 Founder and leader of the Liberal Party of Ghana (LPG), Mr Kofi Akpaloo has said the decision of the National Democratic Congress (NDC) to stay away from the Electoral Commission’s two-day post 2020 election meeting which started today, Tuesday May 18 has led to a well-mannered programme.

Mr Akpaloo told Dzifah Bampoh on the First Take Programme on 3FM Tuesday, May 18 that the NDC is noted for creating confusion and engaging in unnecessary arguments in meetings that are organized by the EC.

Therefore, he said, their decision to boycott the event was a blessing in disguise.

“The NDC absented themselves from the programme. The absence of the NDC in this meeting is very helpful because you could see that everything is cordial, everybody is contributing.

“At the end of the day people will love whatever the outcome will be from this meeting. Their absence is helpful because everything there is cordial, there is no much unnecessary argument. Everybody is comporting himself.”

“Their stock-in-trade is just to cause unnecessary tension in the whole meeting so it is very good.”

At the meeting, Chair of the EC, Mrs Jean Adukwei Mensa said it is not the duty of the elections management body to provide security for elections in Ghana.

She said the work of the EC as indicated in the constitution do not include providing security during polls.

She however, expressed concerns about the deaths that characterized the 2020 general elections .

During the polls, a total of 61 electoral and post-electoral incidents were recorded nationwide, the Ghana Police Service announced in a statement on Wednesday, December 9, 2020.

The statement said 21 of the incidents were true cases of electoral violence, six of which involved gunshots, resulting in the death of five.

The Police’s statement further noted that there were several fake news about supposed electoral violence.

“However, between 0700 hours of 7th December, 2020 and 1000 hours of 9th December, 2020; the Joint Operation Centre of the NESTF has recorded a total of sixty-one (61) electoral and post electoral incidents nationwide. Twenty-one of the incidents are true cases of electoral violence, six of which involve gunshots resulting in the death of five,” the statement from the Police emphasized.

Mrs Adukwei Mensa said “An exceedingly disturbing challenge is the violence which led to the death of citizens of our country.

“And we say never again. Never again should we go to an election and have anybody lose their lives. Here also, there is a tendency for fingers to be pointed at the EC when security is not the core mandate of the EC.

“I have read the constitution and security is not part of our core mandate. I use this occasion to clarify that the EC is not responsible for election security, although the entire election and its success rest on the shoulders of the Commission. Our mandate as entrenched in the Constitution does not include security.”

She further proposed that polls should close at 3PM rather than the 5 PM.

“Over the past months, however, this proposal has re-surfaced from various sections of the public, and indeed, our own experience from the 2020 Elections has revealed that it is a workable proposal, as by 1pm, most polling stations were empty, suggesting that this is a workable proposal. Therefore, this is a reform we intend to put forward.”