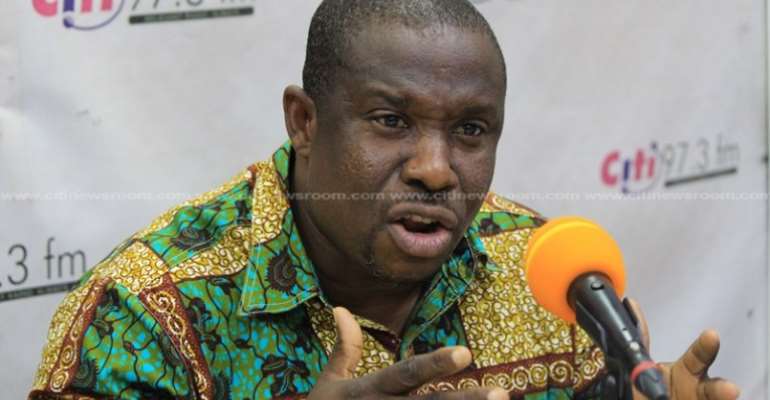 The Volta Regional Vice-Chairman of the National Democratic Congress (NDC), Mr. George Loh, has warned that the actions of the National Security if unchecked could result in revenge attacks when there is a change of government.

The former Member of Parliament (MP) for North Dayi, who condemned the assault on Citi News' Caleb Kudah indicated that he has encountered similar incidents in his work as a legal practitioner.

In a yet-to-be-aired interview on Citi TV's The Chamber Show, the former MP for North Dayi called on the government to purge the National Security of party elements.

According to him, the activities of these operatives pose great danger to the peace of the country.

“Maybe, on hindsight, we could have said he should have written officially, but I get the impression that he was going to do some other thing and then saw this one and as a journalist, he wanted to embellish his story, but even if he was caught at the wrong side of the law, is that the way to treat him? Are they common criminals? They are journalists doing their professional duty and a duty to the state because what he was talking about were things of national interest. The vehicles, must we allow vehicles to go bad when we are buying them with the taxpayer’s money.”

“I have encountered some of these in the line of duty as a lawyer and is not pleasant ones and the earlier we tell ourselves enough is enough, the better for us as a nation. Those guys there are not trained national security operatives but party boys who have been pushed into the system, and they are taking advantage to do silly things. I think that it is time we face them and tell them enough is enough because me when I sleep and wake up, my fear is that NPP will not be in power forever, and some other party will come and if they do, and they also want to pay back what will happen to us as a nation.”