Government is being lazy with its tax approach – Minority leader 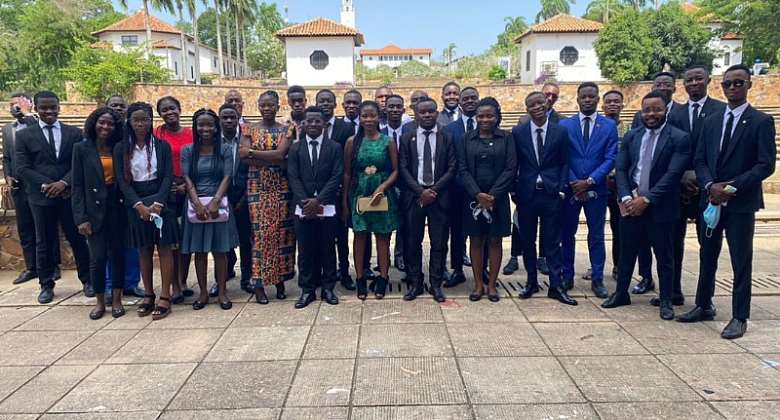 The Minority leader of the United Nations’ Youth Parliament of Ghana, Michael Mawuko Michel Agbozo, has expressed concerns over the recent taxes introduced by government.

He said the newly proposed taxes will overburden the already burdened Ghanaians.

Speaking on the floor of Parliament, the Amasaman youth parliamentarian for the United Nation in Ghana said the best alternative government should have adopted was widening the tax net to cover the informal sector by regularizing the informal sector.

He added, “They are not actually registered where we can trace them to get their taxes. I think we should come together and strategize to ensure that all these informal sectors are been regularized and converted into the formal sector."

He urges the Ghana Revenue Authority (GRA) and government to be up and doing, and build innovative with their approach to taxation instead of “being lazy” by burdening the ordinary Ghanaian with more taxes.

Contributing to the motion “the abuse of the media by money doublers, fake religious leaders, quick money scammers and profane music, the major contributing factors for rot among minors in the country” the majority chief whip and youth Member of Parliament for Techiman South constituency, Darkwa Asante, said he was saddened by the Kasoa ritual killing.

He calls on the media to be circumspect on the kind of content shown on the screens.

According to him, the media has a lot of influence on children and can sway their thinking. He calls on the media to exercise self-censorship and discretion on the content they churn out.

“To be fair with the media, I think it is not only the media though the media plays a part but we cannot attribute it solely to the media. The family/parents are the first point of socialization so they bear the bigger responsibility on their upbringing and be able to regulate what their children are exposed to."

He revealed that since the incident broke, he has taking it upon himself to educate the youth of his constituency on the need to be morally upright and work hard rather than resorting to getting rich overnight.

Explaining the rationale behind the formation of the United Nation Youth Association Parliament, the Country Head of UNYA, H.E Lillian Sally Addo, said UN deem it necessary forming the Youth parliament to meet the agenda to push the UN security council resolution 2250 which was adopted in 2015 to enable young people to be part of the decision making at all levels and at all member states.

The Youth Parliament, according to her is non-partisan aimed at equipping the youth and giving them voice to contribute to the progress of all member states.

She urges all Ghanaian youth from 15 years and above and of volunteering spirit to embrace this opportunity and help the UN and Ghana solve the problems bedeviling us.

“This year we have a target that by September, 31st our membership officially must be ten thousand [youth] and it is free registration so why not join?”