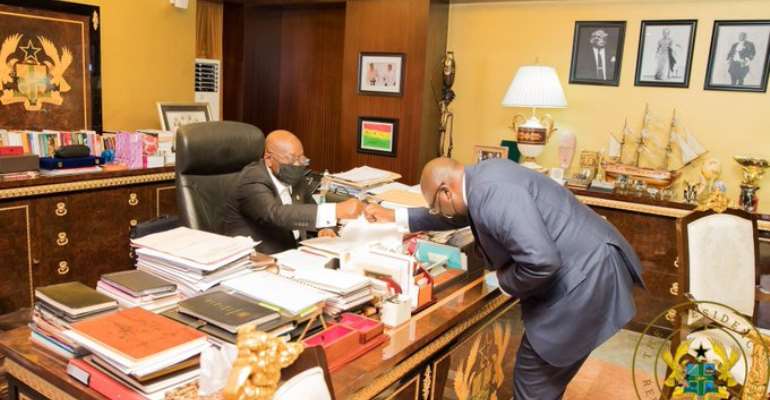 The immediate past Deputy General Secretary of the National Democratic Congress, Koku Anyidoho, has taken a veiled swipe at former President John Mahama in a series of tweets Friday morning.

Mr. Anyidoho who is currently on suspension from the NDC in his tweets lauded Vice President Dr. Mahamudu Bawumia for always paying compliments to his boss, President Akufo-Addo.

In an earlier tweet, Mr Anyidoho also called on NDC Chairman, Mr. Samuel Ofosu Ampofo to stamp his authority on the party and bring order since Mr Mahama is no longer the leader of the party following the Supreme Court verdict on the election petition.

“As things stand now, & per the constitution of the NDC, Samuel Ofosu-Ampofo, National Chairman, is also the current Leader of the Party till a new Flagbearer emerges. Ofosu-Ampofo has the full backing of the NDC and must stamp his AUTHORITY & clamp down on gross indiscipline.” he wrote.