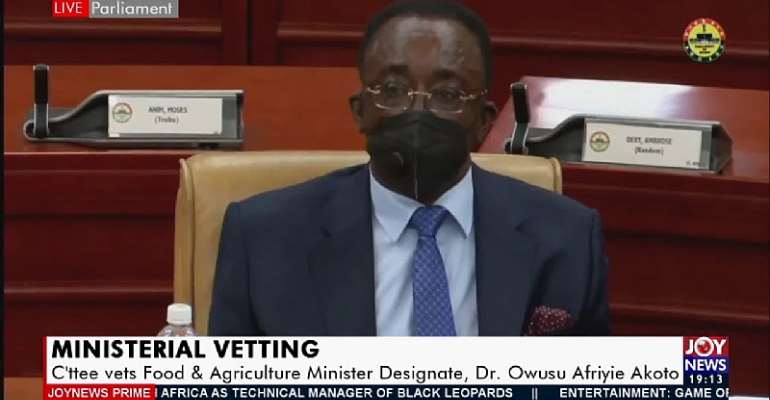 The National Democratic Congress (NDC) MPs on the appointments committee has explained that they rejected the appointment of Dr. Owusu Afriyie Akoto as Minister for Food and Agriculture because he was untruthful under oath.

Last month, Dr. Akoto and several others nominated by President Nana Addo Dankwa Akufo-Addo to serve as Ministers in his second term faced a vetting committee to justify why they shouof be approved.

At the end of the process, the NDC caucus on the appointments committee has rejected three of the nominees including the Minister-designate for Food and Agriculture, Dr. Owusu Afriyie Akoto.

In a press release to explain the decision, the NDC caucus says the Minister-designate was untruthful under oath to the Committee on the circumstances leading to the abrogation of the Fruit and Export Terminal Contract of 2015 by GPHA on his express instructions as contained in a letter dated 11th January 2021.

“He was untruthful under oath about his directive ordering GPHA to issue a license to Fruit Terminal Company Ltd and how his actions could lead to a US$50million judgment debt,” the release adds.

The NDC caucus also accuses the Minister-designate of particularly being discourteous, downright condescending, and offensively arrogant in his appearance at the committee.

They say those attitudes are not expected of a public servant and hence the decision to reject his appointment. 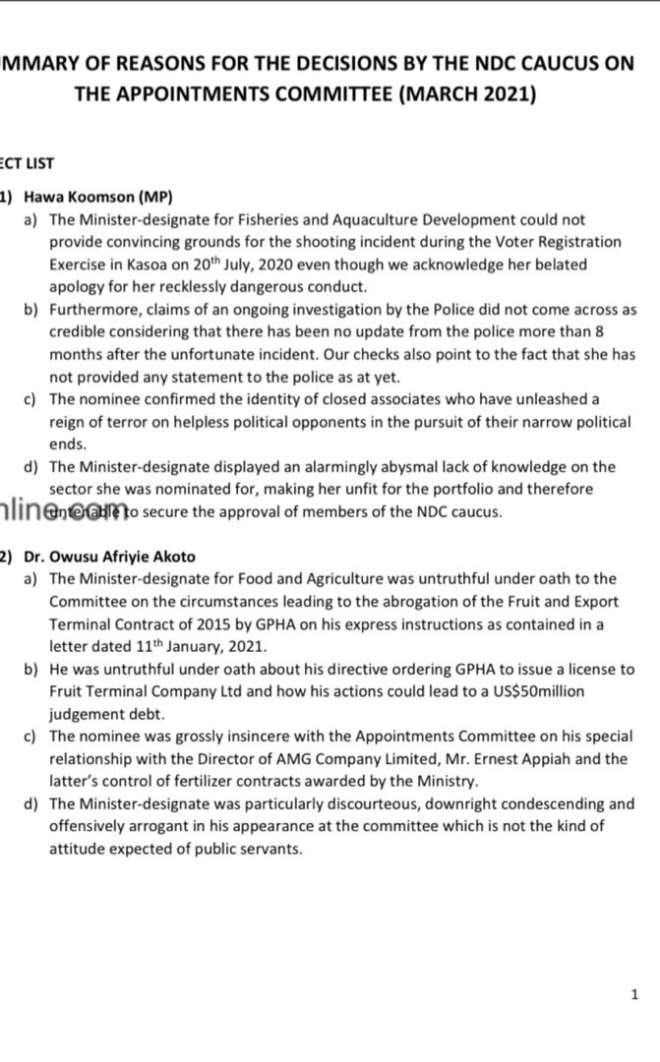