The Yin and Yang of 2020: A Messy and Terrible Year, yet a Harbinger of Global Hope 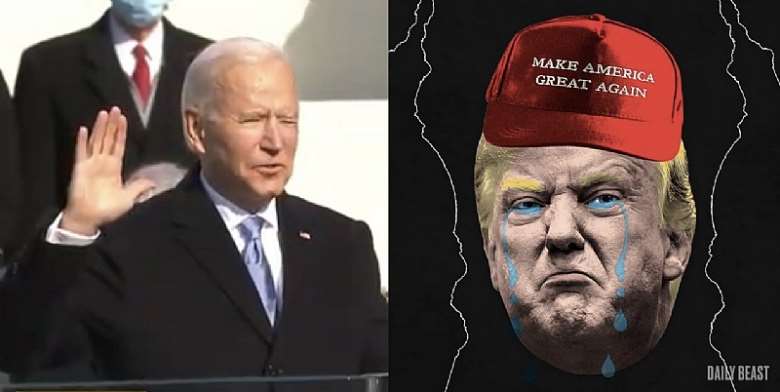 2020 was a remarkable year for several reasons. Some of which are very convenient, favourable and picayune, while others are stacked with hassles, horrifying experiences including a significantly salient pandemic, and the numerous ramifying medical precarity it engendered as well as the unfolding vis-tight economic reality that is perniciously enshrouding the world.

The year started with global consternation and shocks over the United States unilateral decision to murder the Iranian general Qassem Soleimani, a move the UN labelled as “unlawful“, “arbitrary” and “violated the UN charter”. The action prescinded the attentions of world leaders from the brewing and cascading varus that was stealthily metastasizing and deepening its heals across the globe to the largely inactions, cavalier responses or simply a dereliction of duties on the part of global leaders. It also risked plunging a region, already teetering on the precipice of a full-blown war, into a military confrontation between two sworn enemies, the US and Iran, with irreversible consequences.

A Year of Sorrows and unprecedented Achievements

A virus that made the streets of the world forlorn, reminiscent of horror movies, upended the global order, drag humanity to its knees as mankind entreat and beseech for mercy. It had people cooped into confinements and bunkers in ways that would have been unthinkable few years ago. Most of all, it lays bare the weakness of humanity and reminds it of the obliterating and irresistible forces of nature

Humanity has been bowed by the powerful clout of a single pathogen that reels the world. In the 21 century, when mankind is puffed by pride of its achievements and sees itself at the apex of technological success, the pathogen stealthily infiltrate the citadel of its technology and wreaked unprecedented havoc while relegating it as a palooka in a face off. Humanity has been unmercifully pummeled so much that some recourse to invoking an outside or divine intervention to throw in the towel

In an already tumultuous world created by Trump presidency, the virus chimed in the last and biggest straw that broke the back of global economy. The World Bank In its June 2020 Global Economic Prospects warned that the baseline forcast envisioned a 5.2 percent contraction in global GDP in 2020, the deepest global recession in decades. It also warned of lasting scars through lower investment, an erosion of human capital through lost work and schooling, and fragmentation of global trade and supply linkages

The emergence of Donald Trump and his ideology of “ Make America Great Again“, a dog-whistle of white supremacy only capable of being deciphered by his coteries and like-minded ideologues, was a presage for stormy moments to come.

Over the span of five years, he has embodied the worst threats to humanity after Adolf Hitler: from misogyny to xenophobia, racism to islamophobia, megalomania to dictatorship all of which fly in the face of what Americans have embodied and not only fought for domestically but globally with unparalleled success. It’s, therefore, a sheer irony that a sitting American president will seek to axe its enviable moral achievements or epitomize the complete opposite of the American Dream

When Joe Biden was elected, his election heralded the defeat of an era, one that is vile, vicious and soulless, and the resurgence of Hope and a global order of common destiny tattered by Trumpism

Trump exit represents the biggest embarrassment to any American president with unique two times impeachment and a dark legacy of inspiring and inciting to overthrow democracy in the rotunda of the most deliberative house in the world. it also brought a zephyr of relief to the world with a deep sigh

His menaces were not only peculiar to America, it glided it way across the globe. In Africa, we saw authoritarianism making a resurgence after promising trends of democracy. In Guinea and Ivory Coast, the world witnessed leaders changing and bending the constitution to extend their terms; emboldened by the dictatorial instinct of Trump and under the tacit umbrage of a nonchalant and chauvinistic leader of the free world

With all of its dreadful attributes, 2020 has it own unique silver linings. It represents the end of trumpism or at least is the beginning of putting nails in its coffin. It also represents a moment that gives us a glimpse of what humanity can do together when faced with existential threats as illustrated by the unprecedented development of Covid-19 vaccines. It’s rare for a vaccine to be developed in five years, yet COVID-19 vaccine was developed in a year, 2020. It also showcased the diverse racial, cultural and global synergy that sprouted to highlight The endemic global racism and injustice and salve the emotional agony of the victims

2020 also represents a year when Liberia made significant milestone toward democracy. The Weah led government organize and held one of the most democratic elections

in the history of that country

As the world begin to fracture from an unconventional and polarizing leadership and transition to a promising and a sanguine one, in hindsight, the world shall certainly bemoan the past while all eyes will be set on the horizon with excitements and expectation of a linchpin leadership that will produce a global village with common destiny and common home.

You're an 'irresponsible' bunch for 'running away' from own ...
43 minutes ago

COVID-19: Omicron not detected in Ghana – GHS
47 minutes ago