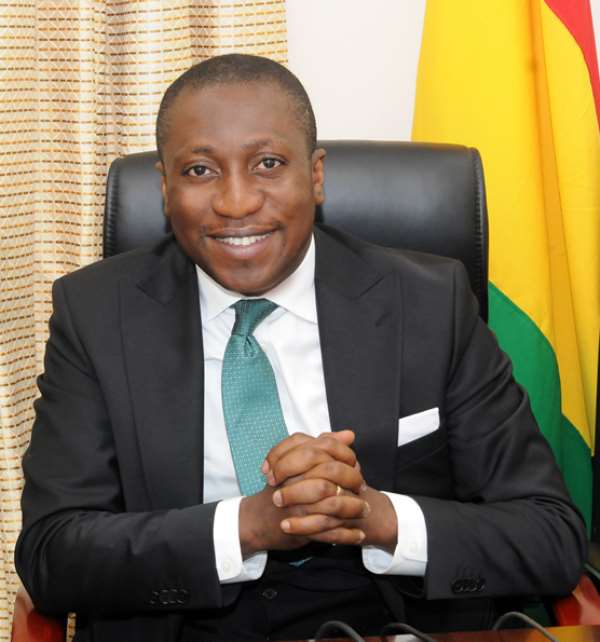 The ruling New Patriotic Party (NPP) is expected to maintain Osei Kyei-Mensah-Bonsu, the Suame MP, as its Leader in Parliament.

His deputy will, however, change from Sarah Adwoa Safo, the Dome Kwabenya MP, to Alex Afenyo-Markin, the Effutu MP.

According to Citi News sources, changes are also expected in the remaining areas of the NPP’s parliamentary leadership.

The Chief Whip slot has been earmarked for Mark Annoh Dompreh, the Nsawam-Adoagyiri MP.

It is currently held by Kwasi Ameyaw-Cheremeh, the Sunyani East MP.

Mr. Dompreh’s deputies will be the Tolon MP, Habib Iddrisu and the Mfantsiman MP, Ophelia Hayford after Matthew Nyindam, the Kpandai MP and Moses Anim, the Trobu MP held those positions in the current Parliament.

Ghana was left with hung Parliament after the 2020 polls.

The NDC matched the NPP by also winning 137 seats in Parliament, the highest ever proportion of seats held by an opposition party in Ghana's fourth republic.

The two parties were joined by an independent candidate, Andrew Amoako Asiamah, who won the Fomena seat.

Mr. Asiamah has said he will join the NPP to form a Majority in Parliament despite being kicked out of the Party because he decided to run as an independent candidate.

There are also question marks over whether the NPP could end up with the Majority.

An interim injunction was granted restraining the Electoral Commission from gazetting the NPP’s John Peter Amewu as the MP for Hohoe following a lawsuit by residents in the Guan district who were not given the opportunity to vote in parliamentary elections.

Eligible voters within areas in the newly created district, namely Santrofi, Akpafu, Likpe, and Lolobi, were only allowed to take part in the presidential election on December 7, 2020.