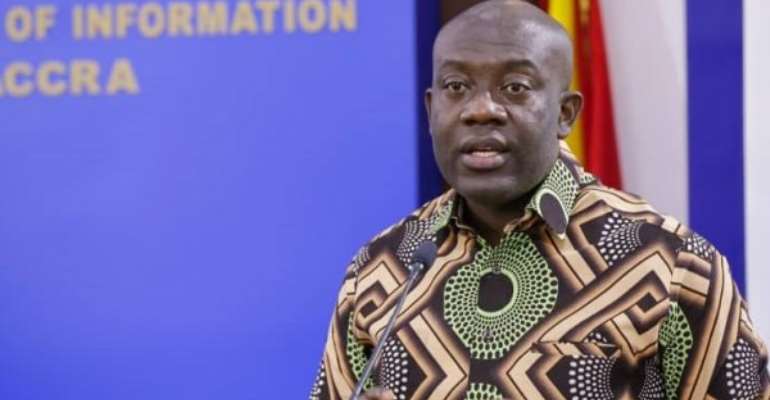 Information Minister Kojo Oppong Nkrumah has urged the public to disregard a fake video circulating on the social media, depicting President Akufo-Addo taking a brown envelope suspected to be a bribe.

A statement signed and issued by the Information Minister on Wednesday, said the doctored video was one of the antics by the National Democratic Congress (NDC) to create a bad image of the President.

It said the video is intended to sway prospective voters to vote for its flag bearer John Mahama in the December 7 polls.

"The general public and the media are encouraged to be vigilant in order not to fall prey to the antics of these persons who desperately desire to tarnish the image of the President of Republic for their own selfish, parochial and partisan ends.

"For the avoidance of doubt, President Akufo-Addo has never been involved in any untoward conduct, let alone take a bribe.

"The original footage of the incident shows it clearly as a 2016 campaign donation and nothing else," the statement added.

It explained that the opposition NDC candidate and his party have sponsored the doctoring of the video and superimposed it with new voices to create the false impression that it is a post 2016 event showing the President receiving a bribe.

It said Ghanaians are discerning and would not be swayed by such obvious fabrications designed by persons who always seek to bring the name of the Republic into dispute and sully its image amongst the comity of nations.

"We're not disappointed that Mahama and the current NDC leadership will stoop so low with obvious fabrications, which hope can change the minds of Ghanaians.

"It is and will always be their stock-in-trade," it stated.

The statement said whilst the Government was not surprised by the NDC's smear-campaign, it reminded Ghanaians to expect more of such falsehoods and fabrications in the days leading up to the elections.

"It has become evidently clear that Mahama's failed campaign now see fake news and fabrications, as well as amendment of their earlier promises as the only hope to salvage it.

However, it said President Akufo-Addo and the NPP will record another decisive and resounding victory in the December 7 polls.